Store > Books > The Fall of Constantinople 1453 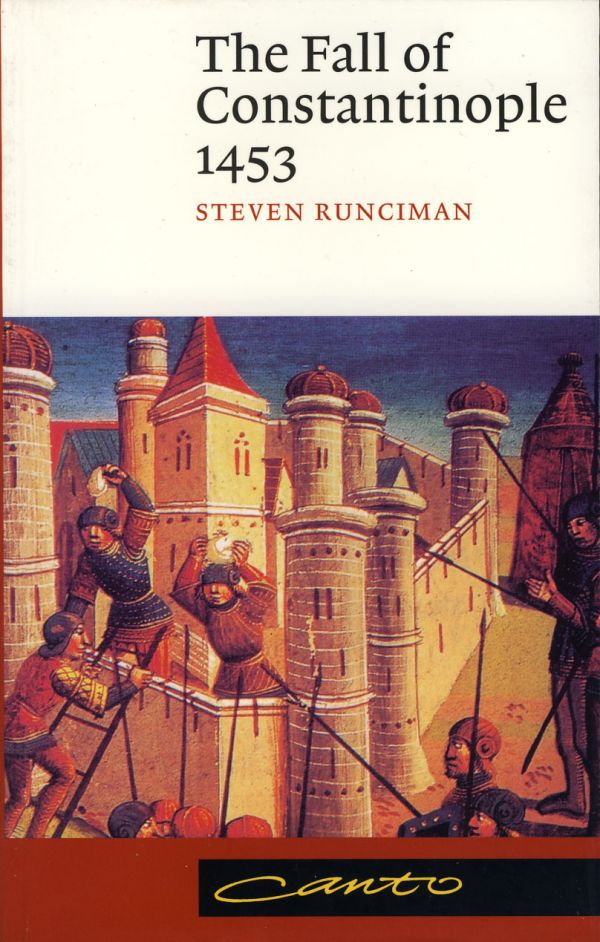 The Fall of Constantinople 1453

This classic account shows how the fall of Constantinople in May 1453, after a seige of several weeks, came as a bitter shock to Western Christendom. The city’s plight had been neglected, and negligible help was sent in this crisis. Turks, victory not only brought a new imperial capital, but guaranteed that their empire would last.

To the Greeks, the conquest meat the end of the civilisation of Byzantium and led to the exodus of scholars which in turn led to the tremendous expansion of Greek studies in the European Renaissance.

‘This is a marvel of learning lightly worn’
The Guardian

The Bard of Byzantium


Steven Runciman first saw the skyline of Istanbul, marching out of the mist from the gasworks at Yedikule to the minarets of Ayasofya, from the deck of his grandfather’s three-masted schooner, the Sunbeam (itself a historic yacht) in April 1924.

For a twenty-year-old Cambridge undergraduate, it was the only way to arrive. He never forgot the scene.

True, he missed meeting the last caliph (for they had inconsiderately deposed the sultan’s heir a few weeks before), but he complained rarely, and camels still swayed over the Galata Bridge, there were rather fashionable veils on the Grand’ Rue de Pera, and families such as the Whittalls flourished all over the place. Outside the then still unencumbered Theodosian Walls, a gypsy told him that he would have illnesses but would “survive to a ripe old age”.

The fortune-teller was right.