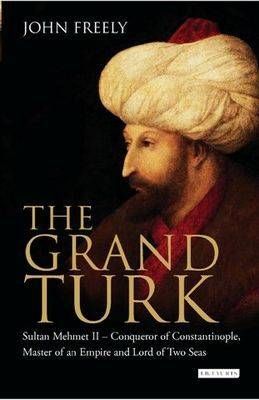 Conqueror of Constantinople, Master of an Empire and Lord of Two Seas

Sultan Mehmet II, the Grand Turk, known to his countrymen as Fatih, ‘the Conqueror’, and to much of Europe as ‘the present Terror of the World’, was once the most feared and powerful ruler in the world. The seventh of his line to rule the Ottoman Turks, Mehmet was barely 21 when he conquered Byzantine Constantinople, which became Istanbul and the capital of his mighty empire. Mehmet reigned for 30 years, during which time his armies extended the borders of his empire halfway across Asia Minor and as far into Europe as Hungary and Italy. Three popes called for crusades against him as Christian Europe came face to face with a new Muslim empire.Mehmet himself was an enigmatic figure. Revered by the Turks and seen as a cruel and brutal tyrant by the west, he was a brilliant military leader but also a renaissance prince who had in his court Persian and Turkish poets, Arab and Greek astronomers and Italian scholars and artists. In this, the first biography of Mehmet for 30 years, John Freely vividly brings to life the world in which Mehmet lived and illuminates the man behind the myths, a figure who dominated both East and West from his palace above the Golden Horn and the Bosphorus, where an inscription still hails him as, ‘Sultan of the two seas, shadow of God in the two worlds, God’s servant between the two horizons, hero of the water and the land, conqueror of the stronghold of Constantinople.”