From Malta with love: the elusive Joseph Schranz and his family of artists

A highlight of the new Cornucopia is Briony Llewellyn’s piece on a great 19th-century panoramist. In Malta she meets the family… 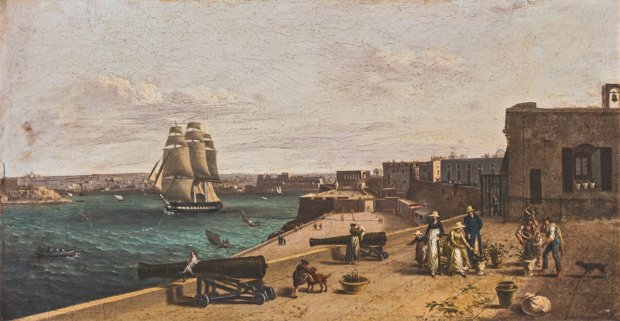 A family group is gathered together on the imposing bastions of Fort St Elmo at the tip of Valletta, overlooking the Grand Harbour (private collection, Malta). Their straw hats, fashionable on the Spanish island of Menorca, at the western end of the Mediterranean, suggest they are recent arrivals in the newly British island of Malta. This was the clue that led the curators of the current exhibition, The Schranz Family of Artists – A Journey of Rediscovery, to their almost certain conclusion that the figures represent the family of the artist, Anton Schranz, who migrated from Menorca to Malta in 1818.

This is but one of many startling discoveries over the course of many years of research that John Schranz, the great-great-great grandson of Anton, has made about his forebears, and that is happily now brought together in the current show. Heritage Malta’s bicentenary exhibition is displayed in rooms of the newly refurbished Fort St Elmo, only yards from the location of the painting, and it tells the story of this remarkable family of artists. Twelve of them are represented, the best-known being Anton himself and his three eldest sons, Giovanni, Antonio and Giuseppe, each of whom carved out successful careers as marine and landscape artists in the middle years of the 19th century.

I was lucky enough to have a personal guided tour of the show from John Schranz (above), whose infectious enthusiasm and ready flow of intriguing information brought the oils, watercolours, drawings, prints and photographs to life. 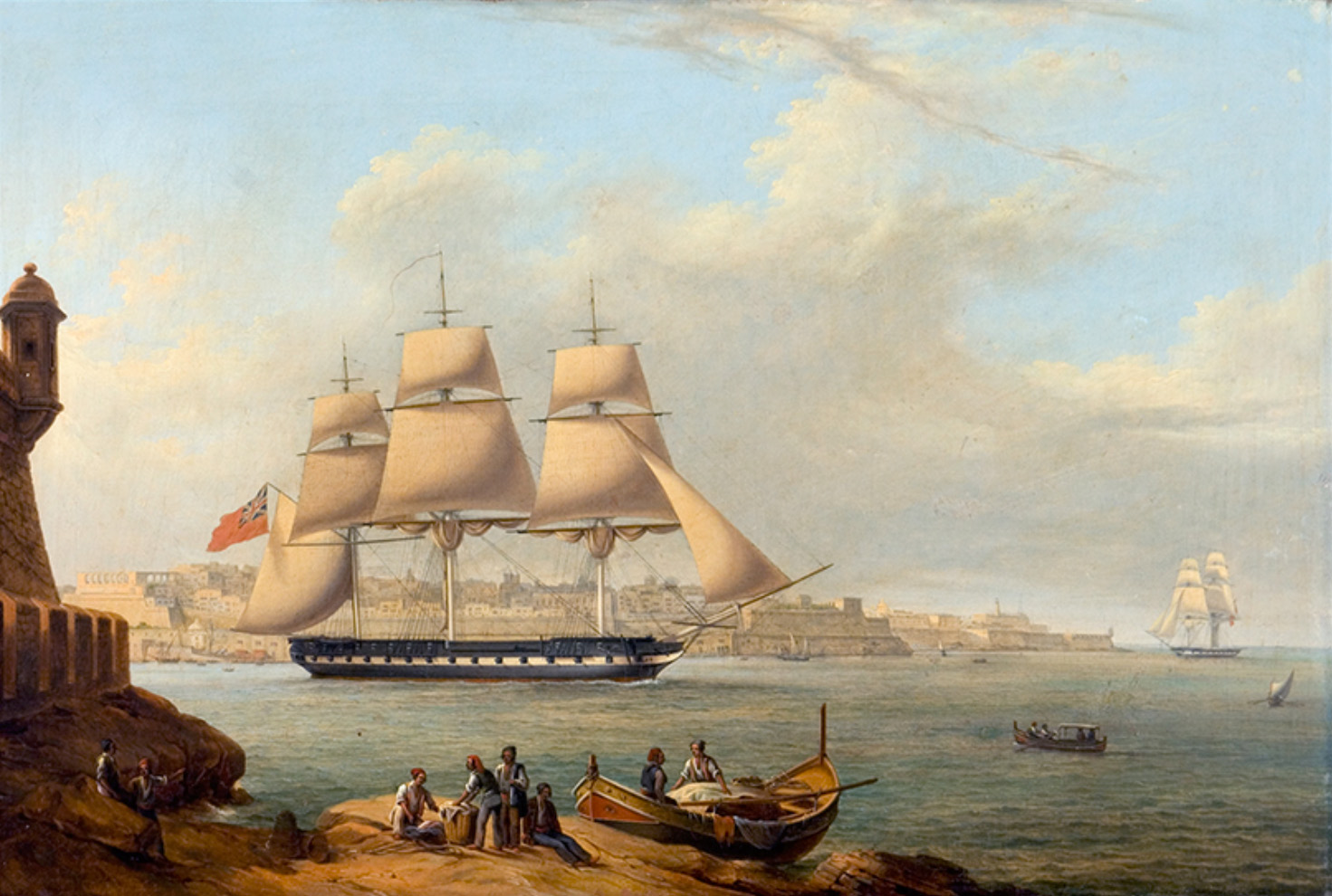 I learned how Antonio, after more than two decades as a peripatetic view-painter, set up Cairo's first photographic studio; how his sister, Maria Ana, advertised herself as a painter of portrait miniatures, none of whose subjects has been positively identified, though the finely worked ‘Portrait of a Gentleman’ reveals the quality that has been lost (at least for now); how Giovanni, not only recording the comings and goings of the grandest ships of the British Royal Navy (such as the HMS Alfred, above), in both calm and storm, also depicted the daily life of ordinary islanders on the shores and quaysides of his island home.

The thematic structure of this eclectic show makes an interesting narrative, with telling juxtapositions, though the downside of such a hang is that it obscures, to some degree, the distinctive characteristics of each artist. Ultimately the show is more about the Schranzes’ achievements as an artistic family than an analysis of their individual hallmarks. Operating so closely together, their work is often difficult to distinguish, and the comprehensively illustrated catalogue is judiciously peppered with ‘attributed to's and ‘probably by's’, though sometimes, I feel, even such tentative attributions are a little hopeful. Overall, however, the quality of their best work shines through: Anton’s views of Port Mahon in Menorca; Antonio’s sensitive rendering of contemporary life amid the ruins of the Athenian temples; Giuseppe’s remarkably fine pencil drawings of the Gulf of Smyrna (Izmir) and the Maeander (Büyük Menderes) Valley, to name but a few.