Portrait of two towers from my window

The Barracks of Selim III 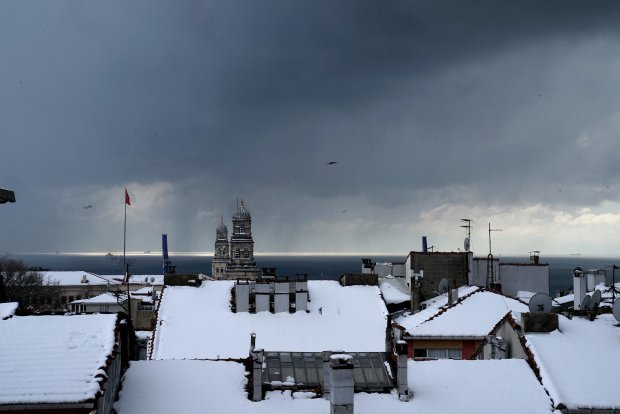 I recently moved away from the hordes of Moda to the absolute silence of Selimiye. A delightful improvement for my now older self, and the move slightly eased the travel itch. Selimiye, on the Üsküdar side of Haydarpaşa Station, away from bustling Kadıköy, seems to be one of the last relatively central neighbourhoods in Istanbul not to be touched by the hand from above, though apparently there are plans in the making. It grew up around the barracks of the same name and is the first officially planned neighborhood.

The main street that leads down to the old barracks (kışla) is rather elegant in a quirky Üsküdar way, not to be confused with Harem Iskele cad., a nearby parallel street with a different character. There is a grassy square calling itself a park and around five antique shops which mysteriously are almost never open, a lovely white wooden building housing a children's library attached to the handsome Selimiye Mosque and its ancient plane trees. 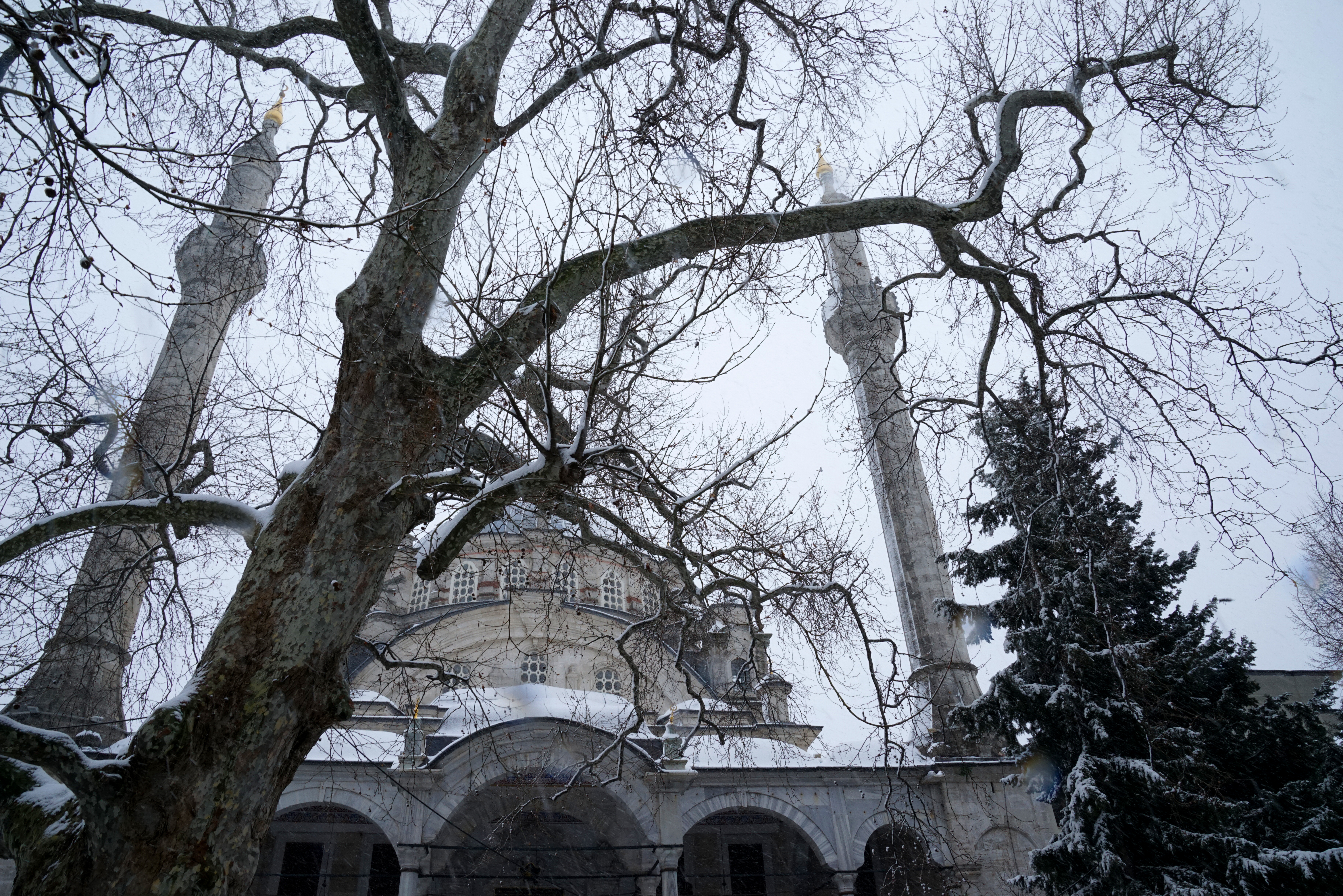 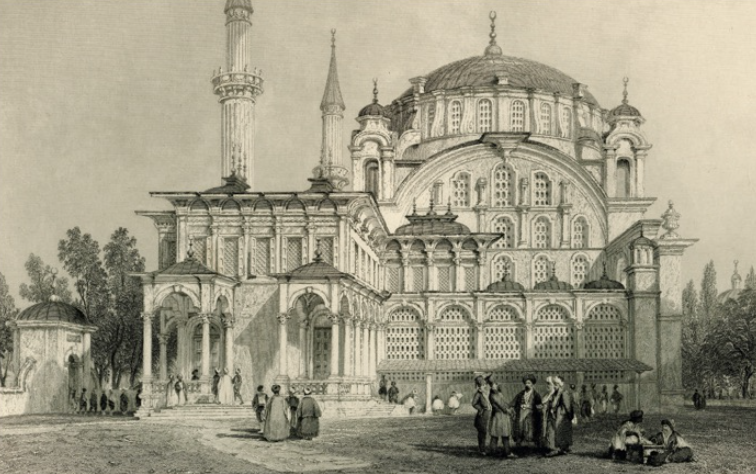 The Selimiye Mosque is the last of the Ottoman Baroque mosques. In Tim Stanley's words, 'It's where Istanbul's dialogue with Baroque came to an end, in charming fashion.' See his full review of Ünver Rüstem's book 'Ottoman Baroque' in issue 59.

Further down is the Crimean Cemetery, which I will write about once they let me in. At the moment it is closed under Covid restrictions. 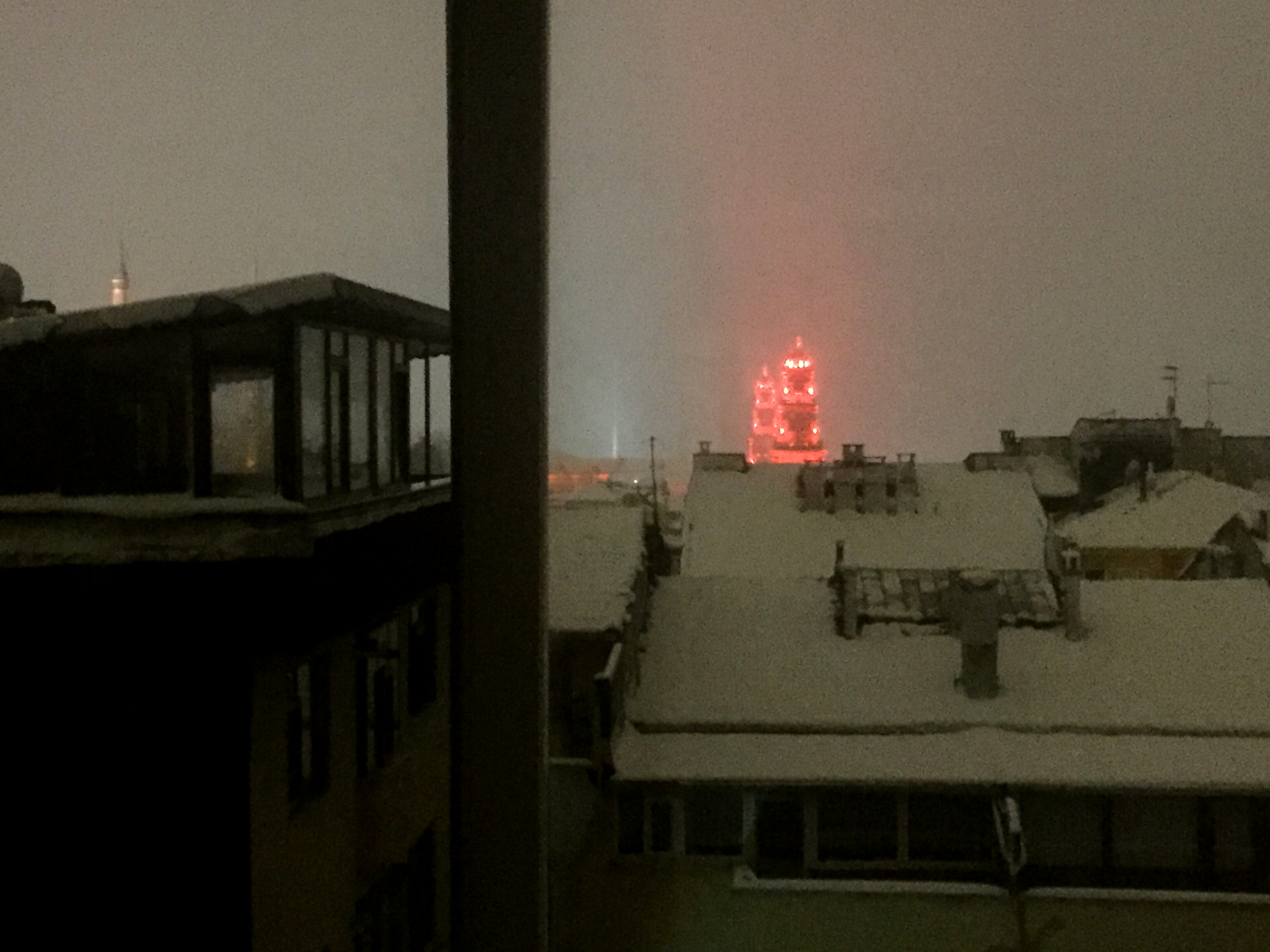 Two of the four towers of the Selimiye Barracks can be seen from almost every room of my apartment, with a strip of sea and a spectacular show of sunsets and artificial Disney-like lights 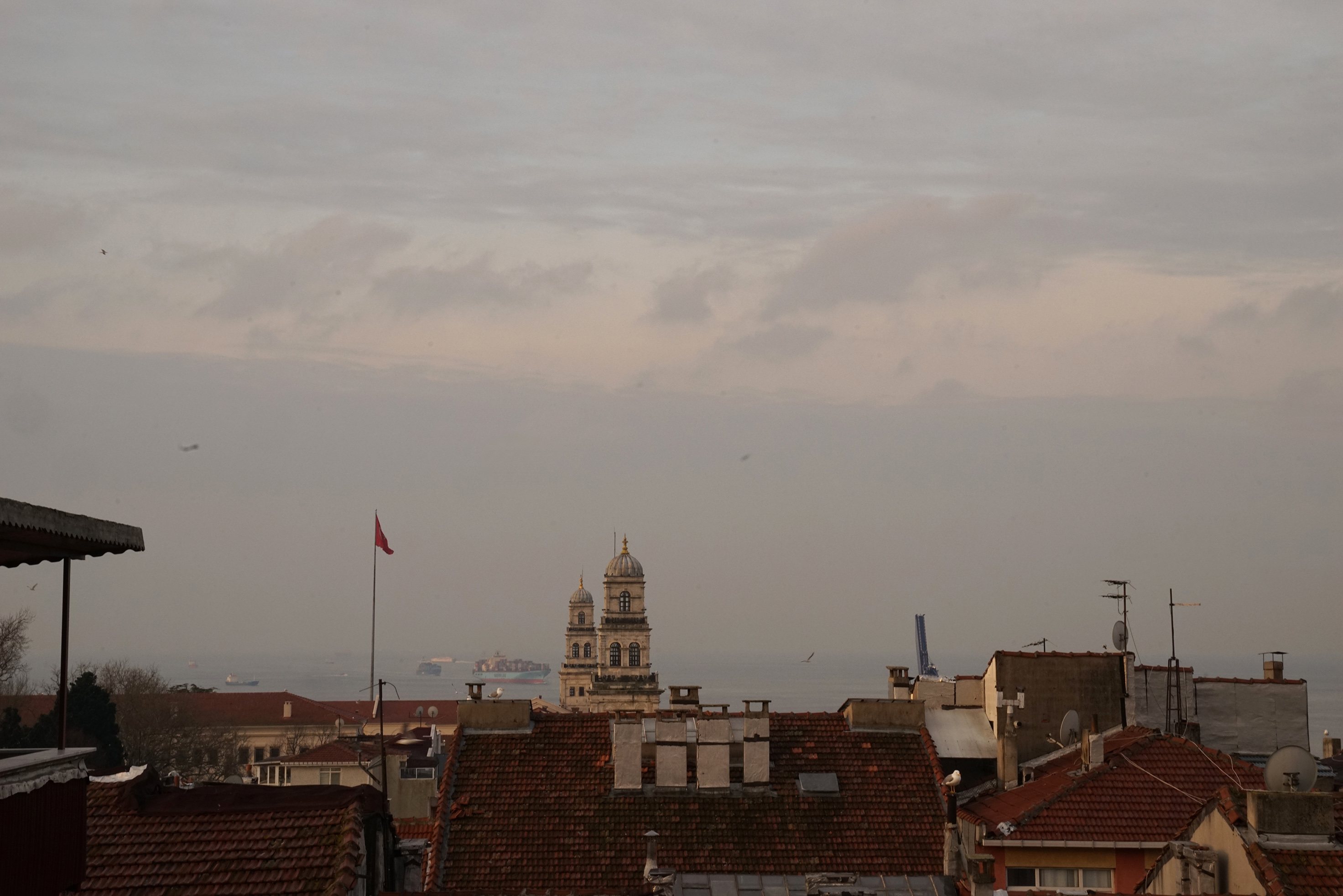 The barracks were built in 1799 for Selim III with the old stones of the Kavak Saray, Süleyman the Magnificent's summer palace, constructed in 1550 by Mimar Sinan. The barracks are best known for their connection with Florence Nightingale, under whose direction they were turned into a British military hospital during the Crimean War. The four wings of the huge three-storey building once held 10,000 wounded soldiers. Florence Nightingale saved many lives by providing basic care and promoting good hygiene. Until recently there was a museum dedicated to her work as a nurse here. Today's residents are Turkish soldiers. 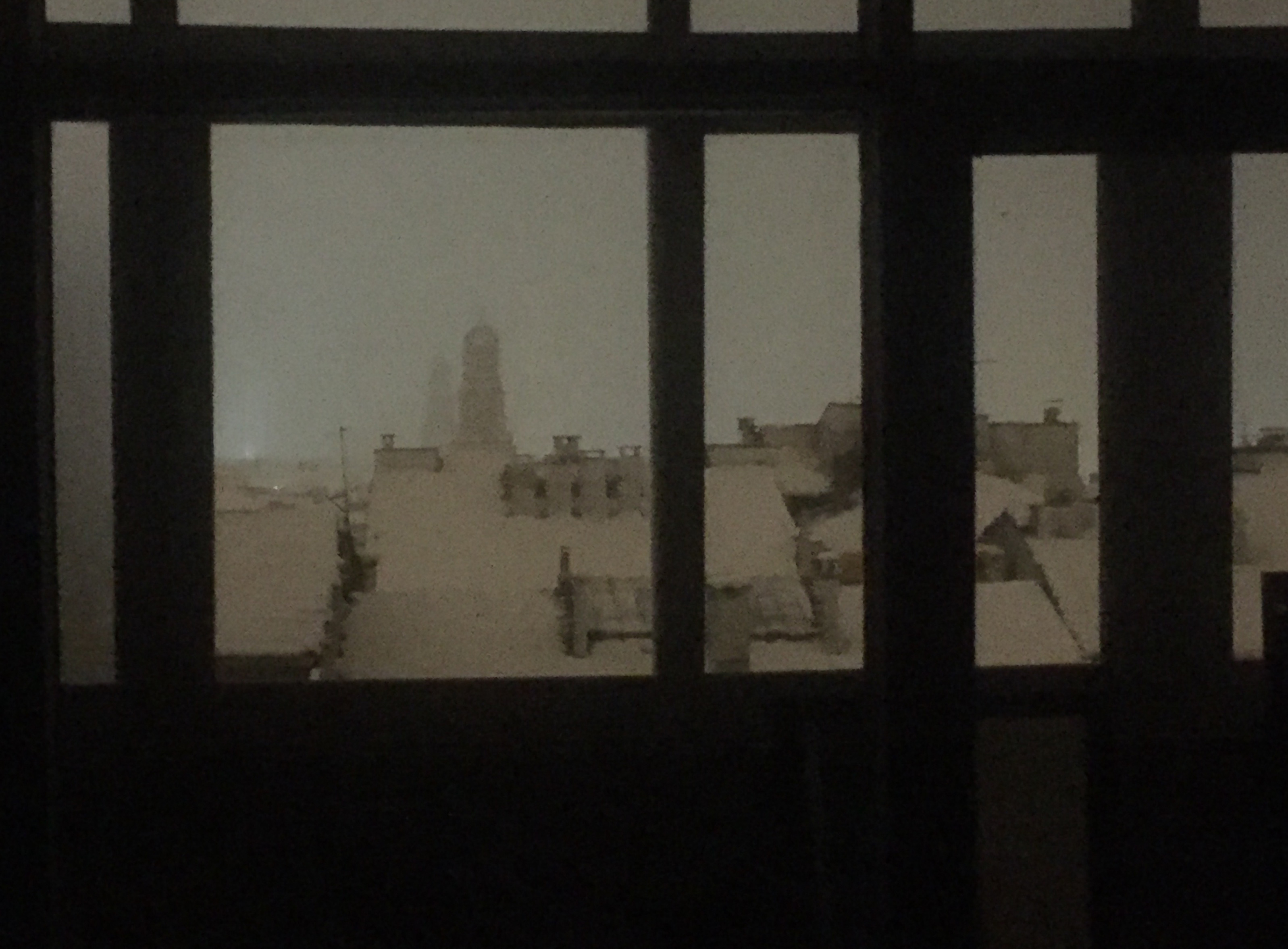 The towers seen through a snowy mist 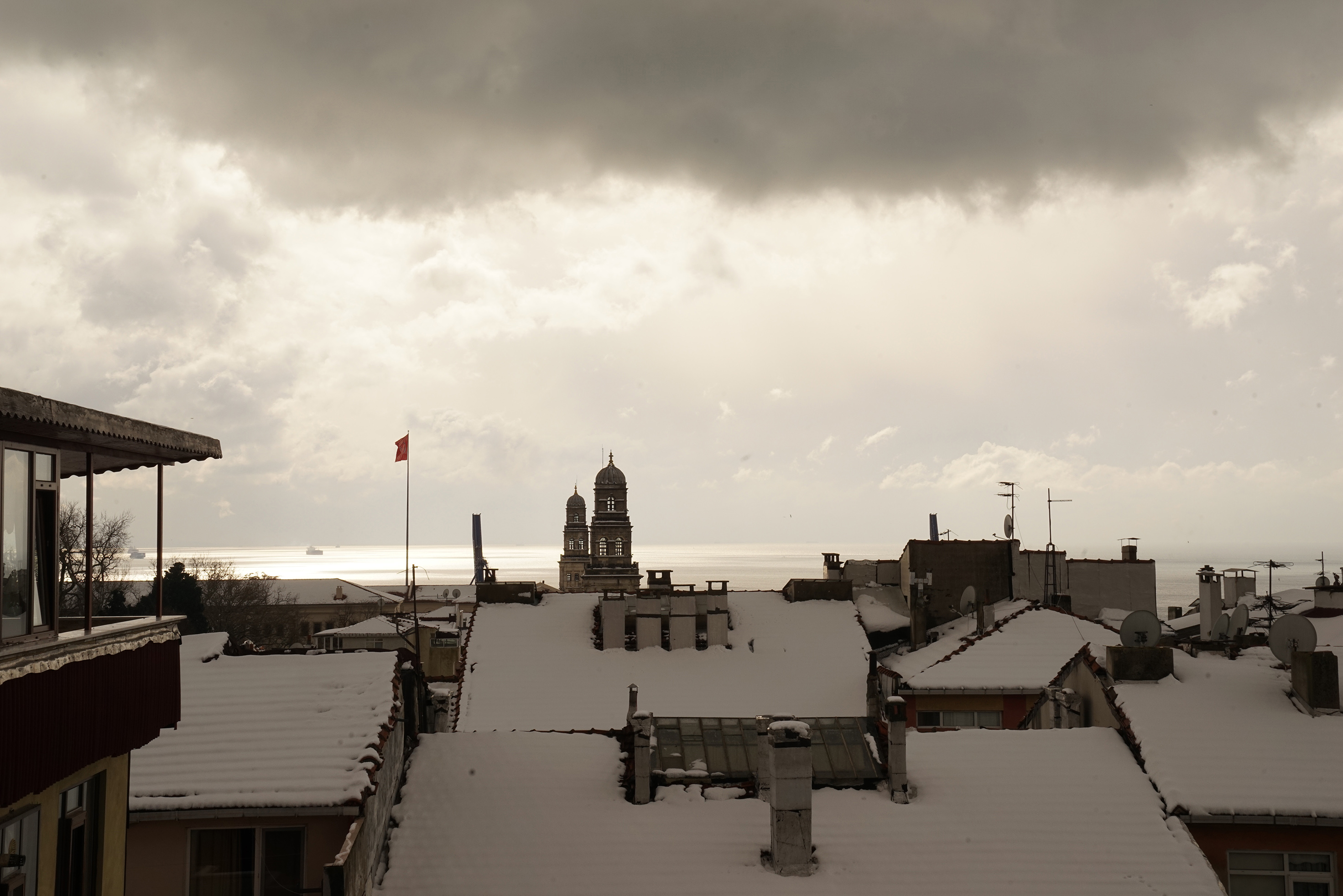 The towers and the Sea of Marmara beyond 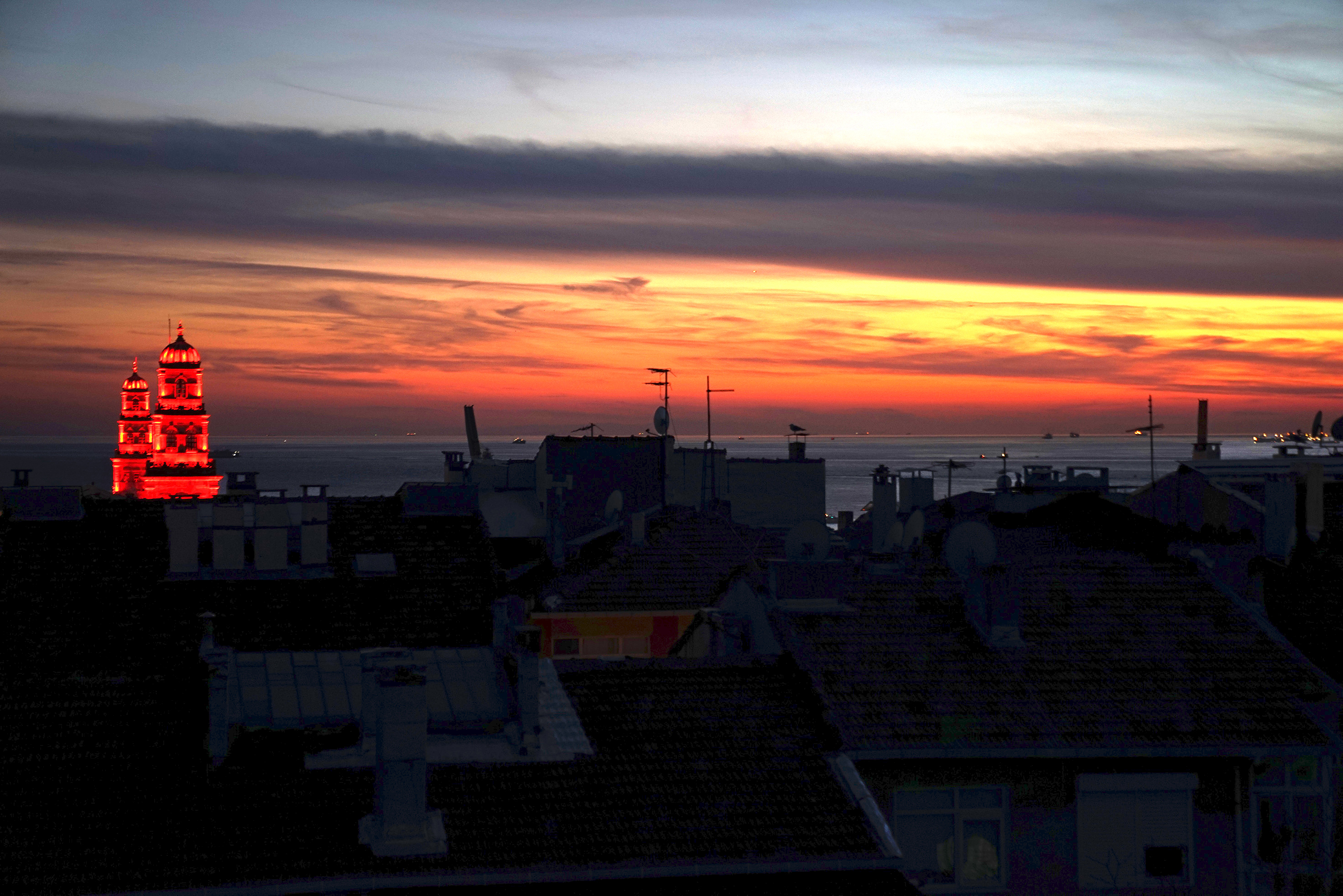 The Asian side is still the real Istanbul and frequently appears in Cornucopia. Subscribers can read back issues online about Kadıköy and Üsküdar's history, culture, amazing views, and many wonderful hidden places.