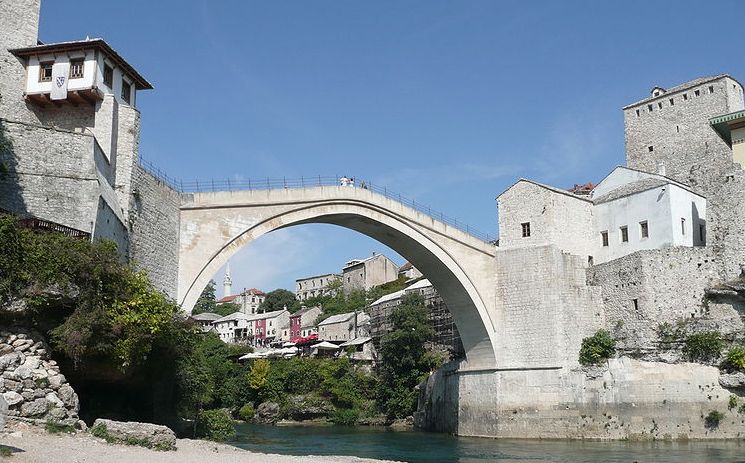 ‘The name of the city of Mostar, in Bosna Herzegovina, in former Yugoslavia, might seem to hint at its most famous landmark, the old stone bridge across the deep chasm of the river Neretva – most means ‘bridge’ and stari ‘old’ in the local Slavic tongue. In fact, though the town name does not commemorate the famous present bridge – which was built by the architect Hayrettin, a student of Sinan, at the command of Sultan Süleyman the Magnificent and completed in 1566 – but comes form an earlier time, perhaps even before the arrival of the Ottomans, when there was a Bosnian kingdom and a wooden suspension bridge spanned the river at this point.’ (Marian Wenzel, ‘Memories of Old Mostar’, Cornucopia 3)