Store > Books > Art, Trade and Culture in the Islamic World and Beyond 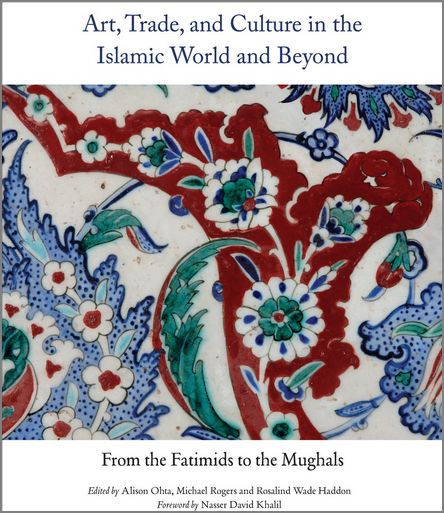 Art, Trade and Culture in the Islamic World and Beyond

From the Fatimids to the Mughals

Published by Gingko Library
Sorry, this item is currently unavailable from Cornucopia.

The essays in this volume bring to light artistic exchanges that occurred between successive Islamic dynasties in the central regions of the Middle East and further afield in China, India and Europe from the twelfth to the nineteenth century. All the articles present original research, many of them taking advantage of innovative scientific means to show familiar objects in a new light.

Subjects from the Mamluk period include tile production during the reign of Qaytbay, book bindings associated with Qansuh al-Ghawri, depictions of fish on Mamluk textiles, the relationship between Mamluk metalwork and Rasulid Yemen. A number of the articles are concerned with epigraphic inscriptions found on the buildings of the Fatimid, Mamluk and Ottoman periods, examining the inscriptions on the Mausoleum of Yahya al-Shabih in Cairo, and how a Mamluk inscription from the Madrasa Qartawiya in Tripoli is replicated in Istanbul during the Ottoman period. The relationship between ceilings of the Cappella Palatina in Palermo and the Mouchroutas Palace in Constantinople is also explored, as is the unacknowledged debt that European lacquer work owes to Persian craftsmen. Ottoman topics include the architecture of the Nusretiye Mosque in Istanbul, the role played by Armenian architects in the reshaping of Ottoman cities in the nineteenth century, the role of the hammam in Ottoman culture and representations of beauty on Iznik pottery. Articles on material culture include Port St. Symeon ceramics, West Asian copies of Chinese celadons, the eighteenth century Armenian patrons of Chinese export wares, the use of Islamic design in nineteenth century British tile manufacture the art of khatam khari in Iran. The arts of India are represented by essays on the use of the technique of paper collage in the Deccani Sultanate, the impact of Timurid architecture in fifteenth-century Bidar as well as studies on aspects of the representations of the Mughal emperors Jahangir and Aurangzeb.