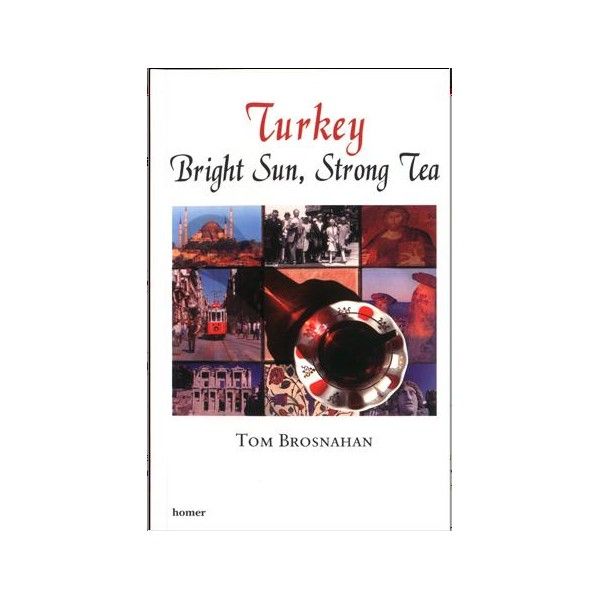 ‘A charming, witty personal memoir of exactly what Turkey was like in the late 1960s’
Hugh Pope

A classic 90s guide book, now only available as an ebook, but much more fun as a printed book. Cornucopia has just two copies left.

In Search of Sun and Tea

The owners of Homer Bookshop, just down Yeni Çarsi street from Galatasaray, make it a point of honour to keep in stock every book on Turkey they can. Now they have gone one better. Following my gaze towards an unfamiliar volume on the counter, the co-owner Ahmet Salcan slipped a paperback into my bag of purchases. “Just published it,” he said, with an impish smile. “The text came in and I put it out. It read so smoothly, I couldn’t resist.”

He is right, mostly. The author of this unusual volume is an unstoppable pro, the man behind three-dozen guide books, from places as varied as Guatemala and New England. Tom Brosnahan has now crafted a charming, witty personal memoir of exactly what Turkey was like in the late 1960s when he first broke out of English teaching into travel writing.

After a touching portrait of Izmir from classes with idealistic students to the last aromas of the Ottoman Empire in the tobacco warehouse of a Levantine trader Brosnahan sets off to scour Turkey for remote Seljuk tombs and the perfect glass of tea. He was one of the first modern travellers through Anatolian villages, and tales tumble from the page as he faces everything from furious “get-lost” suspicion to overwhelming hospitality. He was even on the sidelines of the very first business congress in Istanbul ? the setting for a now long-forgotten outrage of Turkish press freedom, when papers gleefully published pictures of the fat cats’ wives naked in the hamam.

Brosnahan also pays tribute to the dedication of the 1,500 US Peace Corps volunteers, of whom he was one, who served in Turkey after 1962. Though threats from radical Turkish leftists forced an end to this enlightened programme in 1970, it did, he reminds us, build an enduring cultural bridge between Turkey and America. It also launched the career of a guidebook-writer whose Lonely Planet guide has led countless visitors to Turkey’s farthest corners.