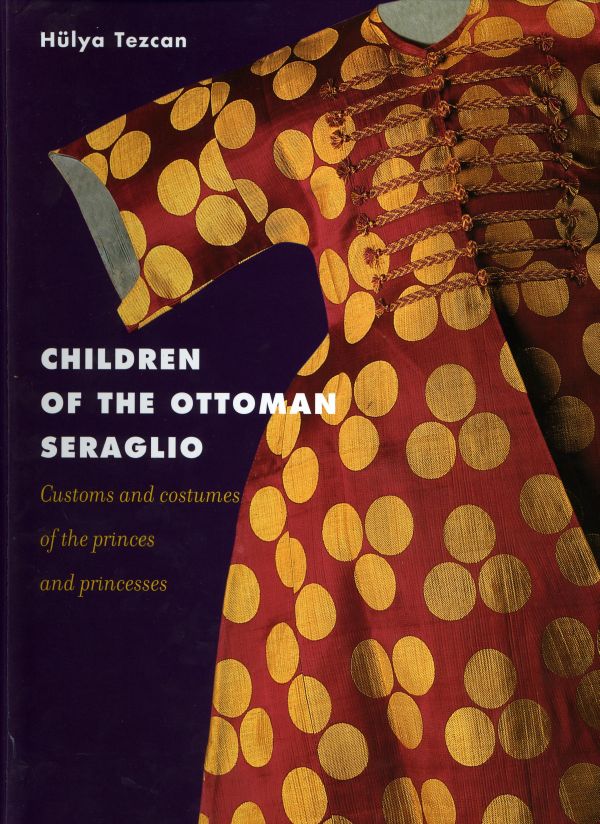 Children of the Ottoman Seraglio

Customs and Costumes of the Princes and Princesses

By Hülya Tezcan
Published by Aygaz
Out of Print

Hülya Tezcan, the distinguished author of this wide-ranging study, is a historian and archaeologist and the curator of the unrivalled collection of costumes and textiles in the Topkapı Sarayı Museum. She builds on the work of earlier scholars, reviewing it in the light of reports by foreign observers, memoirs, probate inventories, records of the kadıs’ judicial courts, photographic albums and, of course, museum collections inside and outside Turkey, to give an encyclopaedic account of rites of passage in the sultans’ palace.

Moreover, by bringing her account up to the early twentieth century, she graphically illustrates the impact of Westernisation on the later Ottoman Empire, which radically affected life in the palace in virtually every respect.

The core of the book is a study of the children’s costumes in the Topkapı Sarayi which, Professor Tezcan interestingly observes, took little account of gender or cut. This suggests that, as elsewhere in Europe, children’s formal costume was viewed as a form of dressing up. One puzzle, however, is their generally pristine state, which, while rightly discounting the possibility that heavy silks could ever have been laundered, she attributes to their being so rarely worn. But small children are very messy: even barely worn garments could easily have been soiled, and some form of dry-cleaning, perhaps with fuller’s earth, must have been used. Interestingly, in a list of palace craftsmen of 1526 the wages of the launderers compare very well with those of the most highly skilled corps, such as the jewellers, which suggests that they were not labourers but skilled specialists.

The book is exceptionally well-produced, and the only reservation I have is the faceless mannequins, which to an adult eye are rather worrying. The illustrations are of excellent quality and the book is yet another feather in the cap of Ömer Koc’s generous cultural patronage.