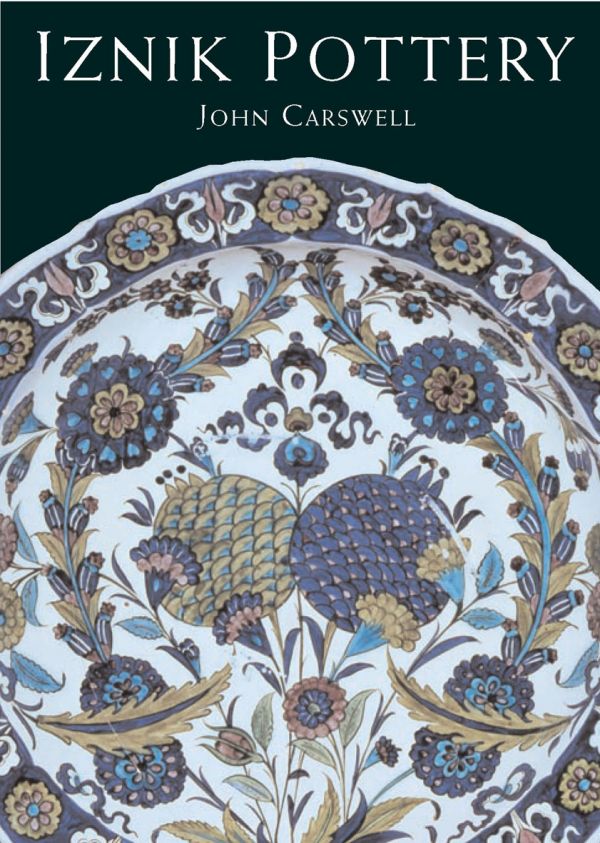 By John Carswell
Published by The British Museum
Out of Print

A Study in Blue and White

Professor John Carswell, the recently retired director of the Islamic Department at Sotheby’s London, was Professor of Fine Arts at the American University of Beirut for twenty years, then Curator of the Oriental Institute and Director of the David and Alfred Smart Museum at the University of Chicago.

A painter and sculptor by training, he launched into prose with a recherche treatise on Coptic tattoos then, in Jerusalem, found himself intrigued by the “Matisse-like vitality” of a series of pictorial tiles. His research into these resulted in his seminal work, Kutahya Tiles and Pottery from the Armenian Cathedral of St James, Jerusalem, 2 vols, first published in 1972.

Many miles, many tiles, many pots and shards and publications later, British Museum Press have published Iznik Pottery, an attractively illustrated, conveniently sized handbook that no enthusiast of Turkish ceramics should travel without -it is to be hoped the binding and glue will hold up in Turkish hamams, where many sparkling examples of Iznik may be examined.

The British Museum has one of the greatest collections of Iznik pottery in the world, and how that came to be is part of the story of changing tastes in Turkey and abroad. However, it is only in Turkey that Iznik tiles which are a part of precisely dated buildings can be found, giving valuable evidence of the evolution of the Iznik industry. Anatolian Turkey’s tradition of fired earthenware stretches back some 10,000 years.

Iznik was situated on a major trade route and had all the pre- requisites for ceramic production. The text traces the origins of Ottoman tile production; the influences of Timurid and later potters from Tabriz; the adaptation of designs from Balkan metalwork and Chinese ceramics; Islamic book binding. Iznik vessels were sometimes adaptations from shapes in other materials such as glass and leather, and further stylistic comparisons are made with contemporary ceramics in 15th- century Egypt, Syria and Persia.

In the 16th century, European patrons commissioned dishes displaying their own coats of arms, and Iznik vessels were mounted with European silver- gilt mounts as a mark of the esteem in which they were held.

Iznik progressed through waves of fashions in colours and patterns: the early blue and turquoise of the 15th century was succeeded by a galaxy of fanciful flowered designs executed in subtle greens and greys and soft manganese purple, and this gave way to a crisp, bright palette emphasised by a brilliant impastoed red as tulips and carnations became fashionable.

The changeover can be seen wonderfully in Rustem Pasha Mosque, whose tiles incorporate examples of the earlier with the new.

As the book takes its reader through the centuries, the rise and decline in empire is reflected in the colours and artistry of Iznik’s tiles.

The book concludes on an optimistic note with Kutahya’s master potters of today, who are producing dishes in the best Iznik tradition.