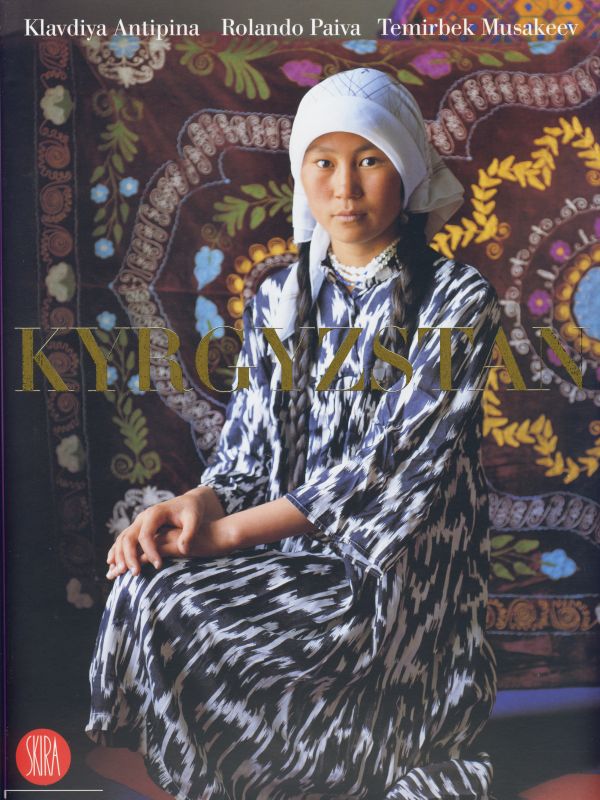 Published by Skira Editore
Sorry, this item is currently unavailable from Cornucopia.

Never before has a book of the costumes of the nomadic peoples of Central Asia been published in American or Western European literature.

This lavishly illustrated volume features the work of eminent Russian anthropologist Claudia Antipina, who died in 1996 at the age of 92. Antipina was one of only a small number of Russian anthropologists who devoted their lives to research among the nomadic Kyrgyz, and she herself lived most of her life in Kyrgyzstan. The costumes and documentation in this volume represent a substantial body of research collected by Antipina during the years of her life in Kyrgyzstan, and have never before been published. The book is illustrated with the watercolor images by Temirbek Musakeev and the photographs of French/Argentinean photographer Rolando Paiva.

Claudia Antipina was an eminent Russian anthropologist who worked most of her life in Kyrgyzstan studying the nomadic Kyrgyz. Rolando Paiva, is a French/Argentinean painter and photographer. He is the author of several books, including L’Art Batak, Afgahn Embroideries, El Parana and Interieurs Exterieurs. Temirbek Musakeev is a Kyrgyz artist specializing in set design. His featured watercolors illustrate Claudia Antipina’s scientific work and research.