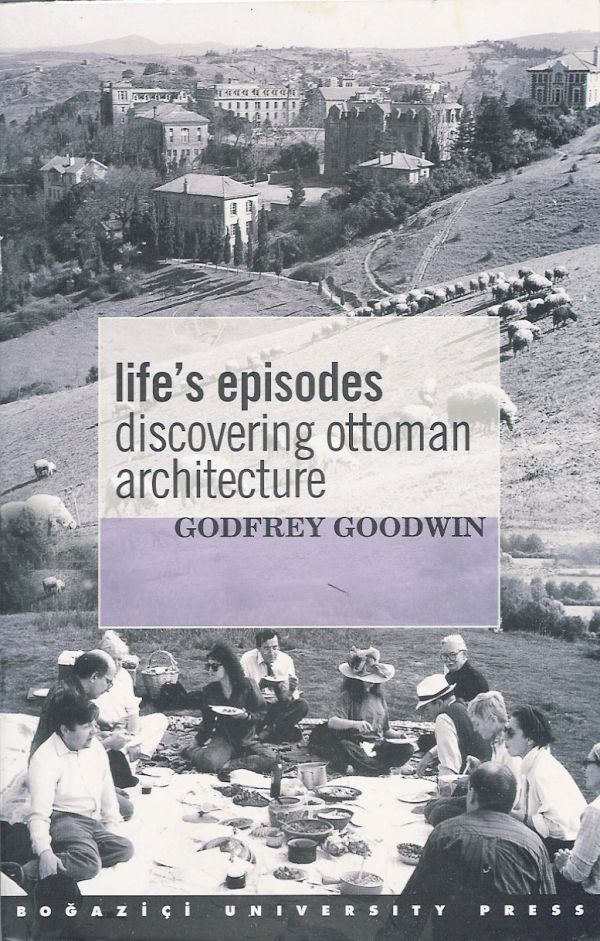 Godfrey Goodwin, who died in August 2005 at the age of 84, will be best remembered for A History of Ottoman Architecture, the classic 1971 study that persuaded the British art-history establishment to cast away its tired prejudices and give this great architecture the credit it was due. He will be remembered, too, for his fine works on Sinan, the Janissaries, Ottoman women, and life behind the scenes at Topkapı Palace, for his years of service at the Royal Asiatic Society, and for the inspired lectures that imbued three generations of students with his passion for Turkish art and culture. But I shall always remember him as I first saw him, on the campus of Robert College, Istanbul, on a Sunday morning in the spring of 1961. I was eight years old, and standing in the atrium of Hamlin Hall, the student dormitory where he was the housemaster, and where my friends and I had been rollerskating for several hours. This was long before they invented skates that made no noise. It was, I think, the screeching and scraping of our metal rollers on the marble floor that had attracted our large audience.

The students watching us from the interior balconies were applauding us for an unusually graceful figure eight when suddenly there was silence. We looked up and there, on the top balcony, was an ominous figure in a striped satin robe. He glared down at us. “Ah,” he said. His voice was rich, resonant and full of woe. It was clear from his watery eyes that he had been hoping to sleep in. We prepared ourselves for the dressing down we deserved. But when he spoke, it was to make a suggestion. “If you must make noise on a Sunday morning, and I suppose you must, could I perhaps persuade you to decamp to a distant land, populated, if at all possible, by my worst enemies, whose names I would be more than happy to provide forthwith?” Or words to that effect.

Adults wanting to get along with children tend to do so by condescending to them: with Godfrey it was always the opposite. He knew you would understand him perfectly, no matter how elaborate his syntax; the question was whether or not he could return the compliment. “Where shall we begin?” he would ask, when he’d tired of the adults at Christmas dinner and defected to the children’s table. As he adjusted his monocle – and he had every reason to use one, for he was blind in one eye – we’d give him our suggestions. And then, for the next few hours, we’d watch him drawing hobgoblins in vast tableaux of tilting buildings, crashing planes, wobbling space-ships and ocean liners battling the waves. Maureen Freely


This is a book in which East and West don’t just meet, they hug each other as old friends and go off to have a raki or two together. The title suggests these are going to be memoirs of travelling and architectural discovery. There are indeed fascinating accounts of journeys across Turkey in the days before mass-tourism and good roads - and haunting colour photos to accompany them. Goodwin the scholar is careful to record the condition of the main Ottoman monuments and how they have fared since…

Goodwin, however, is too sympathetic and intelligent an observer not to be far more interested in people than in buildings, whether shepherds in villages or academics on the Bosphorus… Anyone wanting to write the intellectual and social history of Turkey during the period will find this a rich source book…