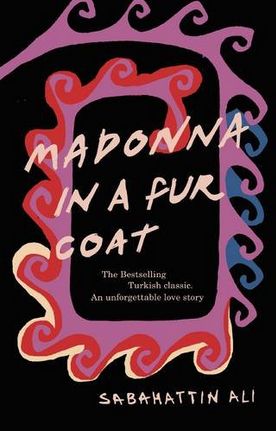 Madonna in a Fur Coat

The bestselling Turkish classic of love and longing in a changing world available in English for the first time.

‘It is, perhaps, easier to dismiss a man whose face gives no indication of an inner life. And what a pity that is: a dash of curiosity is all it takes to stumble upon treasures we never expected.’

A shy young man leaves his home in rural Turkey to learn a trade in 1920s Berlin. The city’s crowded streets, thriving arts scene, passionate politics and seedy cabarets provide the backdrop for a chance meeting with a woman, which will haunt him for the rest of his life. Emotionally powerful, intensely atmospheric and touchingly profound, Madonna in a Fur Coat is an unforgettable novel about new beginnings and the unfathomable nature of the human soul.

‘Passionate but clear … Ali’s success [is in] his ability to describe the emergence of a feeling, seemingly straightforward from the outside but swinging back and forth between opposite extremes at its core, revealing the tensions that accompanies such rise and fall.’ Atilla Özkirimli, writer and literary historian

(Sabahattin Ali was born in 1907 in the Ottoman town of Egridere (now Ardino in southern Bulgaria) and was killed on the Bulgarian border in 1948 as he attempted to leave Turkey. A teacher, writer, and journalist, he owned and edited a popular weekly newspaper called ‘Marko Pasa’ and was imprisoned twice for his political views.)