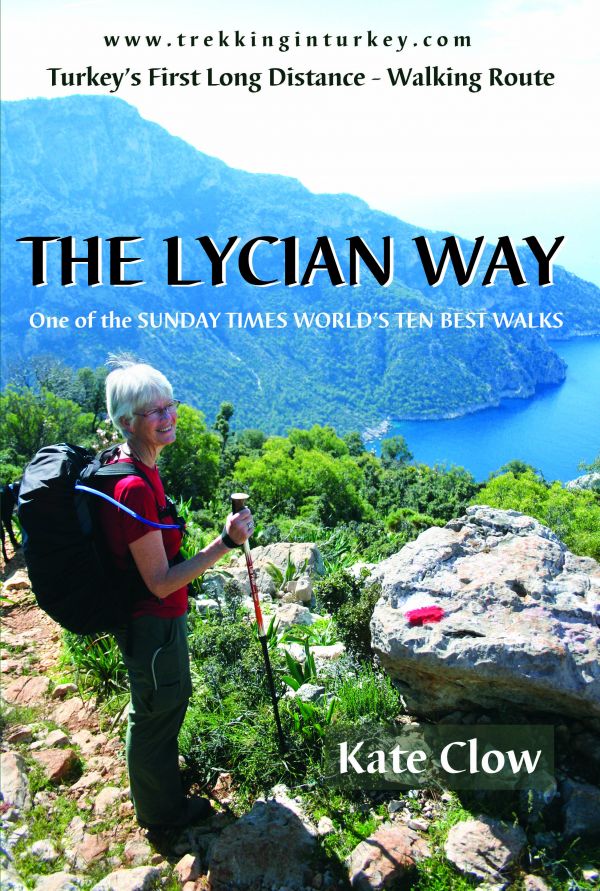 Reviews for The Lycian Way

It would take several weeks and a Primus stove to review properly The Lycian Way - a guide by walker extraordinaire, Kate Clow. This seemingly thin volume is the tip of a tremendous accomplishment, namely to document a 480km route from Ölü Deniz, outside Fethiye in the western Mediterranean, all the way to Hisar Candir, below Antalya. The route follows ancient footpaths, bits of Roman road and freshly laid mule tracks; the terrain is littered with past civilisations. But the Lycian Way is in a sense Clow’s own invention. She has not only signposted it metaphorically but gone out with a paintbrush to waymark a route for those who want to explore one of Turkey’s most exciting and historically significant landscapes on foot.

The project resulted from a nationwide conservation competition. Clow came up with the prizewinning idea of encouraging environmentally friendly tourists, who would get out of their coaches and support a rural economy. This, by extension, would help to sustain those villagers who are the natural guardians of a countryside threatened in turns by crass development and underemployment.

Clow was inspired by the Grandes Randonnées in France, a network of well-marked routes and way-stations all with their official guides and ordnance survey maps. The Lycian Way is the first such route in Turkey and hopefully the progenitor of imitations elsewhere.

This reviewer can take a half-ounce of credit for having celebrated Clow’s victory both in the pages of this magazine (to which she is a contributor) and in the London press. I have also followed vicariously her obstinate progress in turning other people’s promises of support into deeds. No doubt a much thicker book could have been written on the subject of getting the Way built, and in particular producing a set of maps detailed enough to satisfy the needs of walkers but not too detailed to contravene a set of foolish laws. Though we live in an age of satellite imaging and pocket GSMs that can read out co-ordinates anywhere in the world, it is still forbidden to publish maps on the 1:7500 scale that would be of use to ramblers. Even 1:25000 contour maps are “top secret”, though copies turn up here and there. It is all the more ridiculous because any hostile power can access Ikonos satellite images on the internet - provided they have a nine-year-old telling them how. The very rules designed to protect the country are destroying the countryside, by making it hard for those who care about the rural environment to move about.

Clow does provide sketch maps divided into 14 sections, with details of water sources and classical sites, as well as elevations, along the way. Even without the maps, one feels one could follow her succinct descriptions for getting from pillar to post and back to pillar again: “Head for red-roofed house on the landward side of the small wooded hill,” she tells us typically. Each segment of the way gives you an estimate of how long it will take, whether it’s a gentle stroll or a serious scramble, and what antiquities you will see along the way. She has us on our guard to spot more, not only rocks and flora but the human fauna as well: keep an eye peeled for Mustafa, the son of the lighthouse keeper, who “knows all about bird migration, the stars, and the weather”. Clow anticipates our needs - “If you are dying for a beer or need supplies, head for Göynük” - and reminds us we are not the first to make the trip (“In 42BC Brutus sent Lentulus Spinther, his lieutenant, to collect funds”).

We are advised to travel light, and Clow takes her own advice by always being to the point. This does not stop her suggesting what to wear, how to deal with village dogs or pidgin Turkish, and how to look after our feet. There is lots of history, too. But she might have allowed herself just a few paragraphs more to give an overview of the route and its inception.

Clow recognises that most people will not be walking anything like the whole Way, and the book is fully serviceable for those staying in one location and planning just an afternoon stroll.

Lycia was one of the earliest Mediterranean civilisations, whose people were absorbed rather than conquered by Greek, Persian and Roman empires. Only now is the population at the level it was at the height of its prosperity, Clow tells us. “It is possible to argue that, for some, the standard of living has not yet obtained that level.”

Clow’s feel for the place and the people she writes about is as great as her concern for the visitor. This is not just a guide book, but an understated manifesto for a better sort of tourism. There is plain speaking on every page and plenty of commitment. Other writers share their insights. And Clow even lists her own phone number.