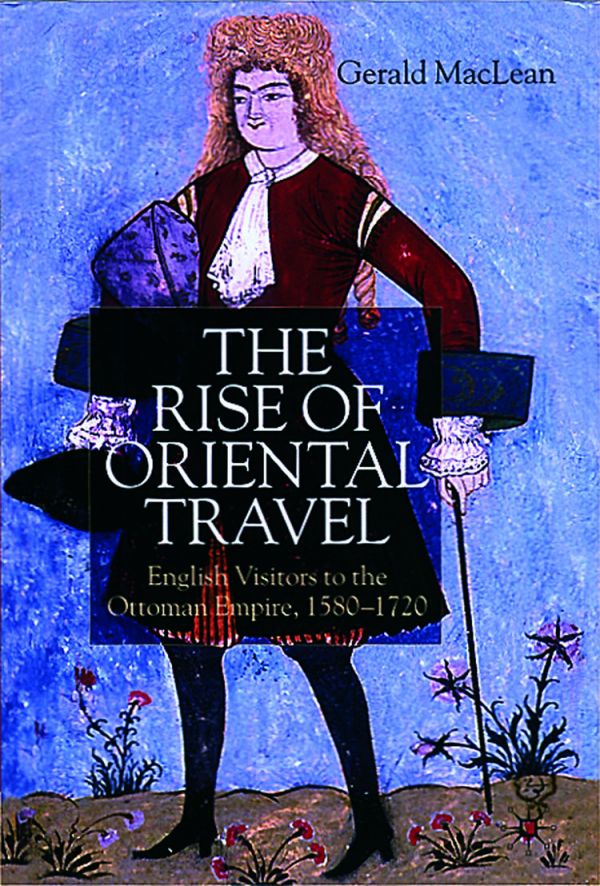 Gerald MacLean’s The Rise of Oriental Travel deals with later English travellers in Ottoman lands whose memoirs we are still able to tap into. MacLean focuses on four travellers – Thomas Dallam, a Lancastrian organ-builder, who arrived in Istanbul in 1599 with an organ that was to be presented to Murat III as a diplomatic gift from Elizabeth I; William Biddulph, a Protestant clergyman in early sixteenth-century Aleppo; Sir Henry Blunt, an English diplomat of the 1630s; and an anonymous English captive in North Africa during the reign of Charles II.

Though they have little in common, this bunch make up a sure-fire success for the reader. Dallam gets to see the Ottoman harem (he really did); the clergyman Biddulph takes a dim view of the Middle East and its inhabitants; Blunt drinks coffee with an Ottoman pasha at the request of one of his pages; and MacLean, who piles bold speculation upon frantic surmise in his eagerness to investigate what he calls “the erotic possibilities of the Ottoman Mediterranean”, immediately tries to work out who is making a pass at whom. He is convinced that someone is – and it certainly makes a limited story more interesting if we assume that there are layers of meaning we can never entirely reach.

Finally we get to the anonymous TS and his racy adventures in the barely Ottoman sands of North Africa. Frankly, he seems less interesting than the others. TS’s boastful accounts of what he got up to while a slave seem about as unbelievable as his claim to have encountered a “counterfeit lamb” with a wolf-like head, a fleece and the ability to change its colour and shape at will. Does this advance our understanding of Ottoman–Western contacts? MacLean might have done better to pick another traveller and one who stayed closer to the Ottoman heartlands. The Rise of Oriental Travel might also have done with more historical and anthropological background, but there are lots of good things in it. It opens up a vanished world.