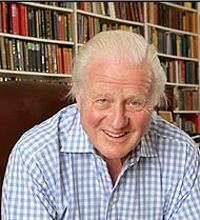 John Julius Norwich was an English historian, travel writer and television personality. He became a writer after having pursued a career as a diplomat in Yugoslavia and Lebanon. His books on Byzantium brought necessary and long-overdue illumination on the subject, as did his books on the Normans in southern Italy. A great traveller, he had a life-long love of Venice, and in 2016 published Four Princes, an inspired book about the contemporary rulers, England’s Henry VIII, François I of France, Holy Roman Emperor Charles V and Suleiman the Magnificent. The article he wrote for Cornucopia 11 on Aphrodisias stands as a classic of magazine writing.