Cornucopia’s archive of 60 issues forms a timeless guide to Turkish life, history and art.
Pristine copies of all issues can still be purchased, though some are in limited supply. Simply click on the issues of your choice below for an overview or to purchase. See the Collector’s Packs for the latest special offers. Prices include worldwide postage.

For instant online access, our new Cornucopia digital edition, launched in collaboration with Exact Editions, includes a fully searchable archive going back 18 years that puts 4,000 pages of articles and images at your fingertips:

Institutional subscriptions are also available from Exact Editions. The digital version can be accessed on any device and comes with additional functionality that enhances the research experience. To learn more, please follow this link 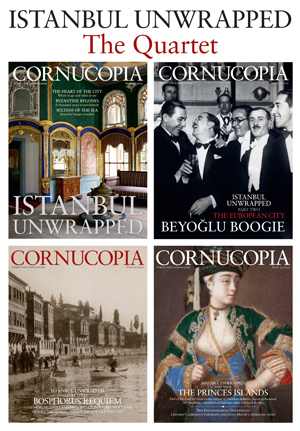 Ozer
Exquisite antiques and textiles in the Grand Bazaar