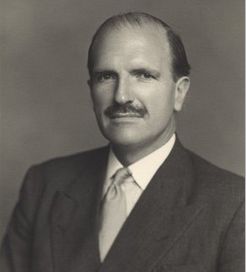 Sir Bernard Burrows, who died in 2002 aged 91, was a pillar of the British diplomatic establishment, at the centre of successive crises, including spy scandals. In 1965, he was described in Anthony Sampson’s Anatomy Of Britain as “one of the five most powerful people in Whitehall”. He later advised General Sir John Hackett during the writing of the bestseller The Third World War (1982).

Burrows was a diplomat of the old school, a tall and, to some, intimidating figure, though he was without a trace of pomposity. He was a model of discretion - he kept his family in the dark about what his home scrambler telephone was for, and his autobiography, Diplomat In A Changing World (2001), reveals little about his knowledge of the secret world.