Snowdrops in the autumn sun

With its floral spectacle, sparkling light and limitless blue skies, southwest Turkey in autumn is ‘surely God’s own country’. Last year the botanist Andrew Byfield took a nostalgic bulb-hunting trip, retracing his steps in the hills of Caria and Lycia after an absence of twenty-one years. Text and photographs by Andrew Byfield

For the botanist or gardener in the Mediterranean, the year starts not in January, but in September or October as autumn rains moisten summer-droughted soils, and as dormant seeds are stimulated into life. Many travellers to Aegean or Mediterranean hills might be surprised to find crocus, cyclamen and even snowdrops flowering profusely in the autumn sun, triggered into growth by moisture, falling temperatures or shorter days. I well remember first witnessing this great floral spectacle in the mid-1990s, and it was a real delight to retrace earlier steps along Turkey’s Carian and Lycian shores last autumn, in the company of Sema Atay, my former partner in crime at the Turkish Society for Nature Conservation, on a delicious, if all too short, 21st-anniversary road trip.

Our trip starts north of Milas in the Beşparmak Mountains, which rise dramatically above the city. A few small roads wend their way into the hills here, and heading north we soon arrive among vast rounded boulders of granite, each patinated to a rusty brown from age-old weathering; many dwarf the few village houses that populate this area. 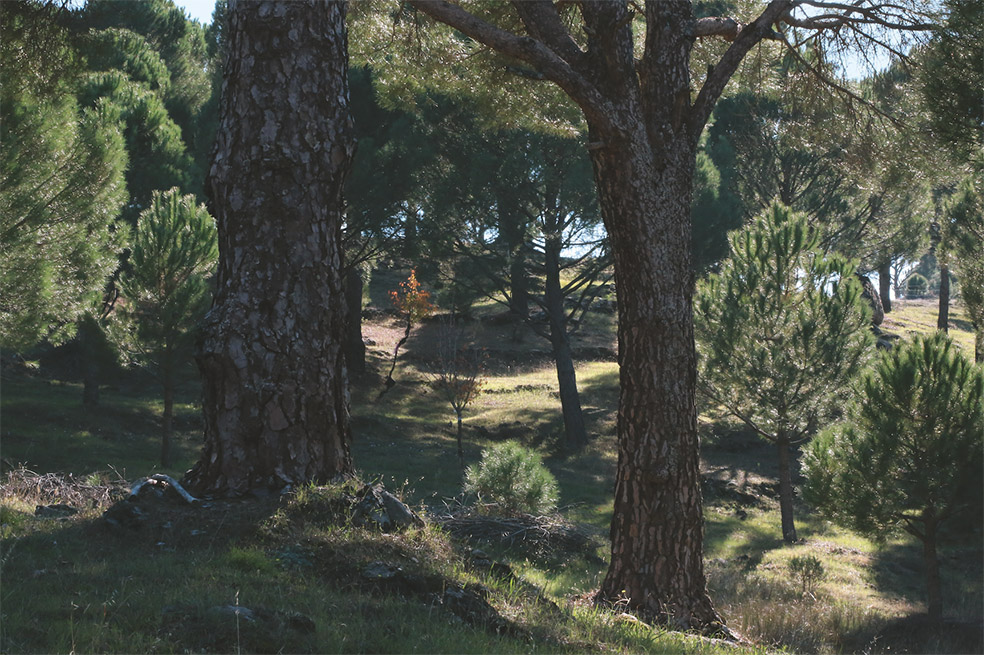 We spot our first bulbous plants. The highly localised Cyclamen mirabile, with its neat posies of softest pink “shuttlecock” flowers above a ruff of kidney-shaped leaves, is widely scattered through these hills, even springing from the rockwork of the ancient city of Labraunda. Growing in the dappled shade of scattered pines, the lavender-blue Crocus nerimaniae is also common locally – and a particular treat to see, as this recently discovered species is named after Professor Neriman Özhatay, our long-time collaborator and friend at the University of Istanbul.

But things have changed since our first visits a couple of decades ago. The very processes of weathering that have created this fantastical landscape of jumbled rock have also given rise to vast deposits of kaolin (china clay), and the trees and hillsides are being systematically stripped, with not a thought for the unique landscapes and plants lost.

We travel south and east, gaining altitude as we head inland from Muğla. Here the forested hills assault our senses. Southwest Turkey in the early autumn is surely God’s own country, for its sparkling clarity of light, and for the ever-changing warmth and chill as the car passes from illuminated to shaded, a world apart from the enervating heat of summer past. Colours take on a brilliance in this clean artist’s light, be it the gleaming white of newly laid limestone road chippings, the whispering butter-yellow leaves of the aspens, or that illimitable blue of the skies above.

As we head into the heart of Lycia, the brooding limestone behemoth of Akdağ (White Mountain) is ever present in the corner of the eye: this 30km-long barren upland ridge rises to more than 3,000 metres. Surely little visited by botanists, it offers new treasures to those willing and able to penetrate its valleys and ridges.

Below the barren summit ridge, a dark tideline of vegetation marks the treeline – the natural upper limit – of very special forest, for all the mountains in this region are clothed in the densest cedar-of-Lebanon woodland. While I am told that just a few hundred mature trees survive on the slopes of Mount Lebanon itself, Turkey is surely its true home, for it occurs along the southern flanks of the Taurus Mountains in countless tens of thousands, with the most monumental specimens of all surviving in the western end of the range, here in Lycia.

As we head south and lose altitude, we start to notice many of the crocuses in which the area is so rich. The appropriately named Crocus cancellatus ssp lycius now becomes a constant companion, distinctive on account of its milk-white petals encircling rich gold stigmas, whose thread-like lobes are split and split again into a wispy tangle of fine filaments, like the wind-frayed end of a length of cord. And on the approaches to Kekova we start picking up small colonies of perhaps the finest of all, Crocus mathewii.

Sema and I could be accused of bias, for this species was named in 1994 after another friend, Brian Mathew, who joined us on a number of Turkish bulb-hunting jaunts over the decades. But bias aside, what a beautiful thing this crocus is, flaunting goblet-shaped flowers white as water-buffalo cream, each liberally blotched at its heart with a generous daub of imperial purple, and finished off with three warm orange stigma lobes.

This species had been discovered in the 1980s, and soon more conservation-minded botanists were expressing concern that the few known colonies were being plundered by bulb collectors to supply novelty-hungry specialists in Europe. Sema and I also come across a worrying scattering of holes in one colony – but what we witness is not the fiendish activity of greedy foreigners but the work of locals, who prise the bulbs from the ground, give them a quick rub to remove excess soil and pop them in their mouths as a tasty morsel!

In the past we never took the opportunity to visit the island of Kekova, but this time round we make amends, and arrive with the aim of undertaking a bit of plant-sleuthing. If, like us, you haven’t visited Kekova, it really is a must. After delicious food and beer in the village of Uçağız, we are soon heading out over gently rippling waters to the island with our obliging Deniz Kaptan.

Our challenge is to find the snowdrop Galanthus peshmenii here, for it is known from north-facing cliffs on the island of Kastellorizo, a short distance to the west, and in the high cliffs surrounding Tahtalı Dağ, towards Antalya to the north and east, so surely it should occur in suitable habitat over the intervening kilometres? We guess that the steep north-facing slopes of Kekova island would give us our best chance, and soon we are scanning cliff and slope above, rather than the sunken ruins of ancient Dolichiste below, to see what we can spy.

Protected since 1990, the slopes of the island are clothed in fine maquis, dominated by grand domes of the tree spurge Euphorbia dendroides, and the first white flowers spied prove to be lovely bunches of the tazetta narcissus, here flowering remarkably early. Then a squeal of delight indicates success, for we find a few clumps of our Peshmen’s Snowdrop, new to Kekova, growing out of wafer-thin cracks in the hard limestone rock.

Our final leg on this short yet intensely enjoyable trip takes us up into the gorges and mountains west of Kemer and Göynük, part of the Beydağları (Olympus) Coastal National Park. Here rust-red serpentine rocks and gleaming white limestones come together in a dramatic skewbald landscape of cliffs, gorges and peaks, all clothed in magnificent natural forests of Aegean pine.

Cutting inland from Kemer, we pass through the natural limestone “gates” of the Kesme Boğazı canyon before following summer-parched streams flanked by dense forest high into the hills around the village of Gedelme.

Here and there, lonesome Oriental planes pick out springs, and here in the cool shade we find the first flowers of our snowdrop alongside the dramatic Crocus wattiorum, endemic to these parts and first described as recently as 1995 (if you are starting to see a trend here of recent discoveries, a back-of-the-envelope calculation suggests that a plant species new to Turkey is discovered every eight days and 14 hours).

Drier spots by the roadside boast the most dramatic displays of Cyclamen maritimum (formerly Cyclman graecum ssp anatolicum), with candy-pink flowers and near-perfectly-round leaves in reptilian livery, each as distinct from the next as snowflakes or fingerprints.

But we are keen to reach a small garden high in the mountains that we discovered for ourselves all those years ago, for here Peshmen’s Snowdrop occurs not as singletons but in lusty clumps, like the spring snowdrops of a West Country English garden.

The snowdrops are still flourishing, flowering incongruously under the golden leaves and withered fruit of autumnal vines. Now in his eighties, the owner of this little corner of paradise, Fahri Er, is still in residence. He remembers our visit 21 years previously, and after chatting and moseying among his flower-filled terraces, we bid him farewell, looking forward another couple of decades or so until we meet again.

Sema and I made our journey over five days in mid-November 2015, travelling southeast from Bodrum to Antalya airport. Cars can be hired at airports, though it is best to book. If you want to drive on rougher tracks and minor roads, some of the smaller cars (and especially their tyres) may not be up to the job. We hired a Nissan Qashqai, which performed very well. Our trip took us inland for two days, with a further three following the coast east of Kalkan. All medium and larger towns will have reasonably priced 2- or 3-star hotels, and the coast has small hotels and ‘pansiyons’ in tourist areas such Kalkan and Çırlı where we stayed, though by November some are closing for the winter. It may be hard to book ahead, but we have never had major problems finding a place for the night. This late in the season, prices should be low. The autumn bulb season is at its best in late October and much of November. We were blessed with glorious weather, but be prepared for rain – in which case the consolation will be even better displays of flowers. 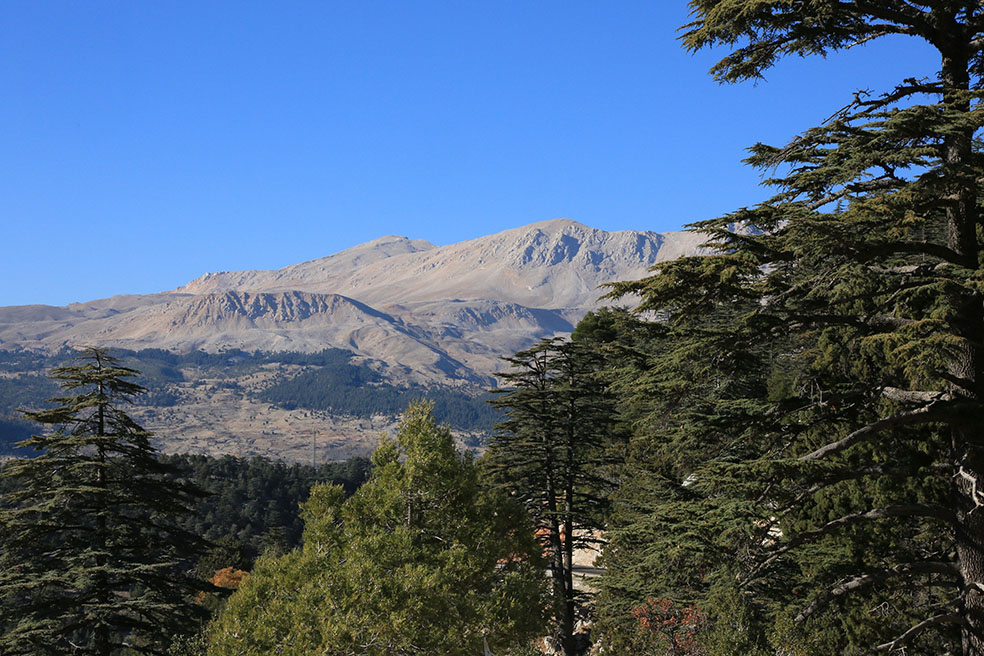 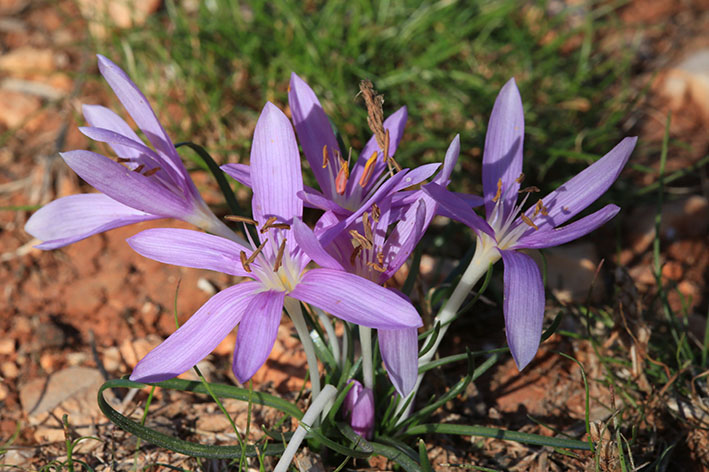 Colchicum stevenii on the approach to Kekova. These flowers are sometimes erroneously called autumn crocuses. They are in fact unrelated to true crocuses 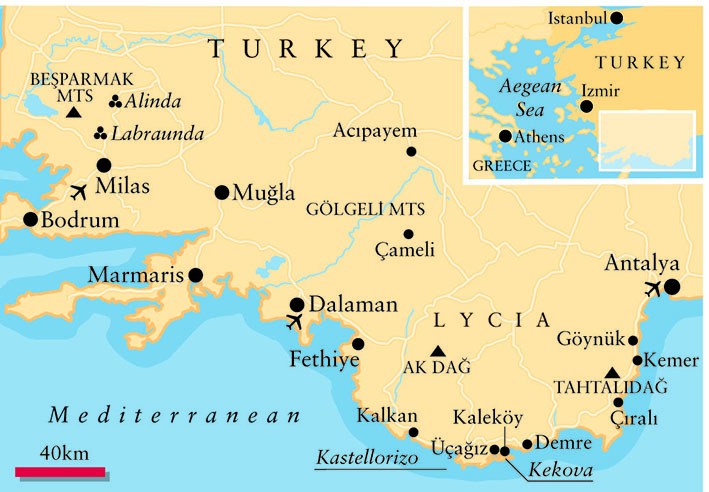 Andrew Byfield lived in Turkey for ten years and was closely involved with plant conservation, including identifying key plant sites and encouraging villagers to produce wild-flower bulbs sustainably by artificial propagation and cultivation

For more articles on Turkey’s wild flowers and where to find them, see cornucopia.net/botany

Other Highlights from Cornucopia 55