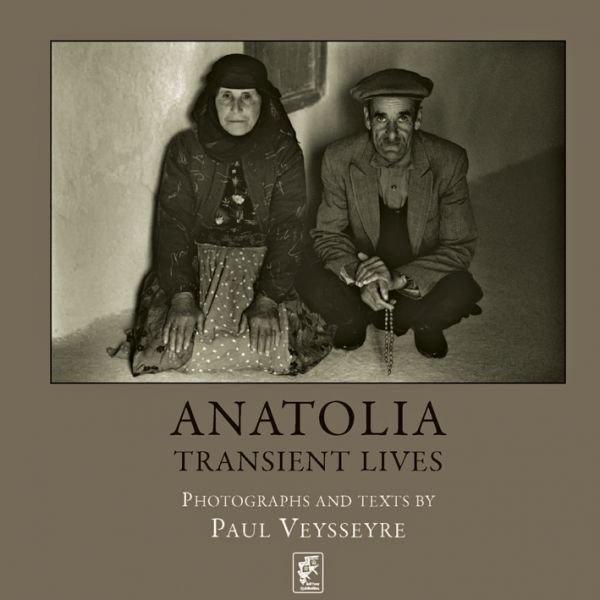 Over the past 40 years, the photographer Paul Veysseyre has travelled throughout Anatolia whatever the season, documenting the vernacular architecture, the rural traditions and its people. His empathy and respect for the artisans and even the poorest people is reflected in these portraits which form the content of his latest book Anatolia, Transient Lives.

The Soul of the Steppe

Paul Veysseyre worked at the Gallo-Roman Museum of Saint-Romain-en-Gal near Lyon for some 28 years as attaché de conservation du patrimoine (writes Maggie Quigley Pınar). His main task was to document mosaics and wall paintings in the museum’s collection and their painstaking restoration, but he has also dedicated decades to taking black-and-white photographs of Turkey.

His first volume, Istanbul, Gateway to Happiness, focused on the old capital and cultural centre of the Turkish domains, and covered 20 years or so.

Paul perceives Anatolia: Transient Lives, from which the remarkable photographs in this article are taken, as the second book in a trilogy on his life’s work, documenting the passage of time in Turkey and the region through the lives of inhabitants over a period of 40 years.

He is currently working on a third volume, Djahânnâma, covering the Balkans, Turkey, the Caucasus, Iran and Central Asia, which is due out later this year. For this volume, Veysseyre returned to Turkey time and again from his base in Lyon to capture the essence of the Anatolian countryside. “I sought to gain a depth of knowledge and experience of just a few countries rather than a superficial ‘visitor’s view’ of many countries.”

How to capture all those years spent in Turkey? The first and last photos were in his mind from the very first day. The portrait of the old couple from the book’s cover (far right) is his signature piece. “It summarises what I feel about Anatolian folk: the unassuming dignity, the mutual respect between individuals, the stillness and depth of their connection to the earth, to each other.”

The last picture in the book is of snowy wastes on the road from Kayseri to Malatya (perhaps even bleaker than the photograph of the Kağnıkatan Pass above). The subject is a local villager who hitched a lift with Paul and travelled 40–50 kilometres back to his village. He asked to be put down in the middle of the drifting blizzard, then slowly walked away into an unfathomable nothingness towards a settlement who knows where. Only once, far away, did he deflect from his course to avoid some unseen obstacle. Paul watched him until he finally disappeared in a mist of snow.

That is the final statement of the book. Its 156 photos are a tiny sample of the thousands he shot in Anatolia. His archive totals more than 50,000 pictures in all, most of them taken in Turkey. “There is consistency among the pictures taken over 40 years,” says Paul. Consistency in the subject matter, the flow of people, the type of telling image he always seeks.