Store > Books > Architecture and Hagiography in the Ottoman Empire 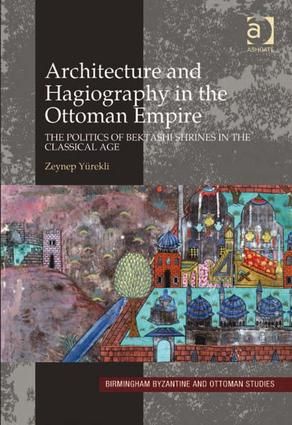 Architecture and Hagiography in the Ottoman Empire

The Politics of Bektashi Shrines in the Classical Age

Based on a thorough examination of buildings, inscriptions, archival documents and hagiographies, this book uncovers the political significance of Bektashi shrines in the Ottoman imperial age. It thus provides a fresh and comprehensive account of the formative process of the Bektashi order, which started out as a network of social groups that took issue with Ottoman imperial policies in the late fifteenth century, was endorsed imperially as part of Bayezid II’s (r. 1481-1512) soft power policy, and was kept in check by imperial authorities as the Ottoman approach to the Safavid conflict hardened during the rest of the sixteenth century. This book demonstrates that it was a combination of two collective activities that established the primary parameters of Bektashi culture from the late fifteenth century onwards. One was the writing of Bektashi hagiographies; they linked hitherto distinct social groups (such as wandering dervishes and warriors) with each other through the lives of historical figures who were their patron saints, idols and identity markers (such as the saint Hacı Bektaş and the martyr Seyyid Gazi), while incorporating them into Ottoman history in creative ways. The other one was the architectural remodelling of the saints’ shrines. In terms of style, imagery and content, this interrelated literary and architectural output reveals a complicated process of negotiation with the imperial order and its cultural paradigms. Examined in more detail in the book are the shrines of Seyyid Gazi and Hacı Bektaş and associated legends and hagiographies. Though established as independent institutions in medieval Anatolia, they were joined in the emerging Bektashi network under the Ottomans, became its principal centres and underwent radical architectural transformation, mainly under the patronage of raider commanders based in the Balkans. In the process, they thus came to occupy an intermediary socio-political zone between the Ottoman empire and its contestants in the sixteenth century.