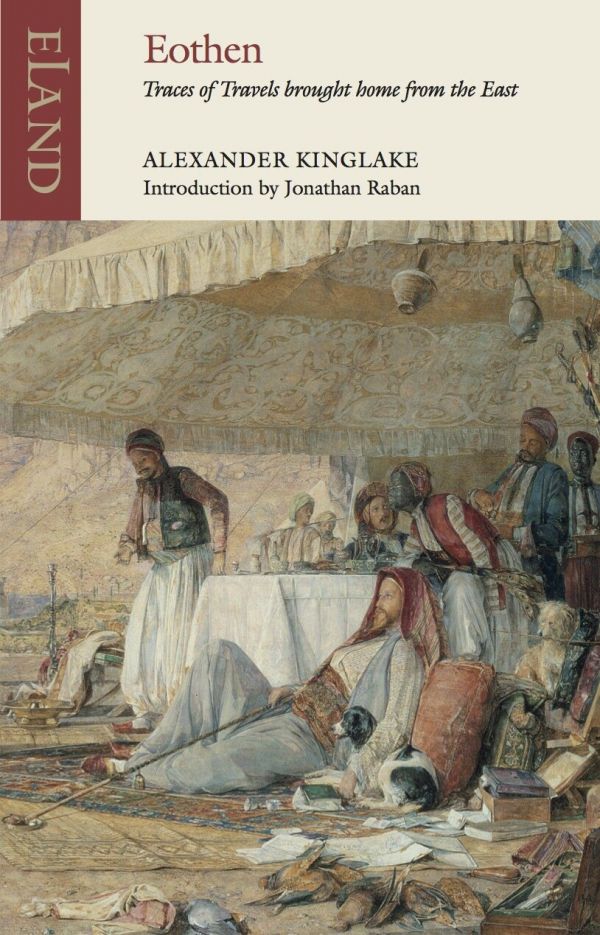 Traces of Travel Brought Home from the East

Alexander William Kinglake, with an introduction by Jonathan Raban

Alexander William Kinglake (1809-1891) was an English travel writer and historian. He was born near Taunton, Somerset, and educated at Eton College and Trinity College, Cambridge. He was called to the Bar in 1837 and built up a thriving legal practice, which, in 1856, he abandoned to devote himself to literature and public life.

Eothen, which means ‘news from the east’ started out as a few notes scribbled on the back of a map, to amuse a friend who wanted some advice for his own youthful ‘year off’ travels, but it became one of the most influential, witty and idiosyncratic of travel books. It took Kinglake seven years before he had finished crafting this ‘lively, brilliant and rather insolent’ tale. The physical details of the journey, undertaken in 1834 across the Balkan frontiers of the Ottoman Empire, through Constantinople, Smyrna, Cyprus into the Near eastern cities of Jerusalem, Cairo and Damascus, are never as significant as the conversations, chance encounters and attitudes of the author.

Packed full of an infectious charm and a youthful delight at the world, it is above all things funny as it lampoons the pomposity of earnest, middle-aged travellers seeking to establish themselves as professional authorities.

‘One of the most original, graceful and creative of all travel books … sparkling, ironic and terrific fun.’ Jan Morris