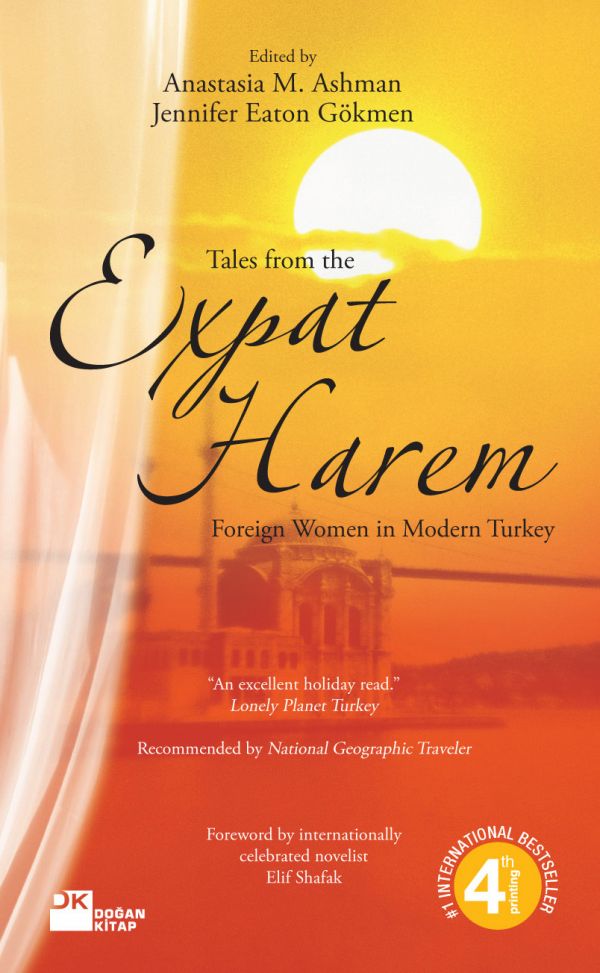 Tales from an Expat Harem

‘An extraordinary collection of women trying to make sense of their own lives through another culture. From the disillusioned missionary to the lady roust-about, what unites them is not their backgrounds or personalities but affection for an adopted Turkish homeland. The entrance to the Harem is ajar. An addictive set of insights’ Andrew Finkel

Turkey has been a republic for more than eighty years now, and Turkish women have had the vote since the 1930s, but reality has so far failed to dent Western fantasies about harems, odalisques and terrible Turkish husbands. Even today, a Western woman who so much as hints at the possibility of a move to Turkey will meet with wails of anguish from unenlightened family and friends. Why would she want to give up all her hard-won liberties and privileges? What could she possibly hope to gain? These anxious prejudices form the backdrop to Tales from the Expat Harem. Though its first readers will undoubtedly come from the ranks of the converted, it has larger ambitions. Think of it as thirty-six letters home. Most are writing to worried loved ones in Europe and North America. Most went to Turkey as wives or wives-to-be, but whatever their marital status, they define themselves by their work. There are teachers and executives, archaeologists, artists and journalists; psychoanalysts, designers, hotel managers, systems engineers… All have met with surprises, some unpleasant, but the overriding mood is a grateful and determined humility: having discovered a culture that is richer and more humane than their own, they feel duty bound to spread the word. The stories follow a pattern: a new arrival who has yet to learn ‘how things work’ in this strange country runs into a spot of trouble. An Englishwoman breaks down on a dark and busy Istanbul street, when who should appear but four burly men. She thinks it’s all over, but all they want to do is help her change her tyre. A newly arrived Texan suffers a similar panic as her empty bus approaches Konya long past midnight. She assumes the worst when the driver takes her to a house in the middle of nowhere. It later emerges that he knew the hotel where she’d booked a room had closed its doors for the night and wanted her to be in the safe hands of friends. Perhaps to balance these happy endings there are well told comedies-of-errors about overzealous suitors, landladies who cook too much and Kurdish mothers-in-law whose preferred cleaning implement is the garden hose. Two of the most moving stories are by Christian fundamentalists who decide after being welcomed into Turkish families, that their hosts are better people than they are. But there are many other fascinating insights from women who learn to read the cultural fine print while supervising digs, pursuing dangerous news stories in the southeast, running businesses in Istanbul, or falling ill in Cappadocia. Hamams, coiffeurs and weddings figure prominently and, overwhelming as these rituals can be, there is a consensus that Turkish women are not just happier in their bodies than their Western friends, but also better at looking after them. The story that made me laugh the loudest is by a Guatemalan who finds herself spending less time with her boyfriend than with his mother. The mother is something important at Turkish Television; the Guatemalan likes her but does not wish to apologise for her own modest origins. So she announces, in Turkish, that her father’s farm is home to twenty milk-producing cows. Because she gets one word wrong, what she actually says is that her father’s farm is home to twenty milk-producing homosexuals. Luckily she does not take offence when the mother bursts out laughing and repeats the story to all her friends. This is another of the book’s leitmotifs: the authors’ desire to instruct the narrow-minded leads to a certain reluctance to dwell on the less heartwarming aspects of culture clash. Though some write honestly about heartbreak, isolation and the sudden, crushing loss of confidence that life in a new country can bring, there are no accounts of marriages gone sour, no exes battling it out over custody. Strangely, all but one of the contributions are by women who went to Turkey as adults. But this is a noble effort. Valuable today as an antidote to bigotry, it will, I am sure, serve as an even more valuable corrective to the blinkered historians of tomorrow.