Store > Books > In the Shadow of the Yalı 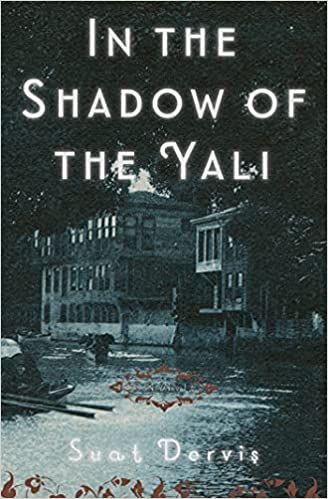 In the Shadow of the Yalı

Raised by her grandmother in one of the famed yalis, elegant yet crumbling, that line the Bosphorus, Celile occupies a unique space between the old world of the Ottoman Empire and the new world of the Republic. She drifts through ten years of marriage, reserved even with her husband, never tempted to stray from the safe path of respectability. And then one night, intoxicated by a soulful tango, she is suddenly seized with a mad passion for another man, whose reckless pursuit of her should offend but doesn’t. Torn between two men who want to possess her, Celile attempts to live a life true to herself, always keenly aware of the limits placed on her as a woman. In the Shadow of the Yali marks the highly anticipated English-language debut of feminist writer and activist, Suat Dervis. Her sensitive, strikingly modern portrayal of a love affair, with its frank emphasis on the influence of money, provides a fascinating contrast to classic tales of infidelity such as Anna Karenina and Madame Bovary.

Suat Derviş (Istanbul, 1905-1972) is one of the leading female authors of Turkish literature. She was educated in Germany, where she wrote articles for newspapers and journals. After the rise of fascism, she returned to Turkey in 1932. She became renowned for her novels, which were serialised in Turkish newspapers and often centred around the tragic lives of lost, lonely, and struggling people in urban Turkey. In 1941 she began publishing Yeni Edebiyat (“New Literature”), a bi-weekly magazine on art and literature. A dedicated socialist, she was placed under house arrest for a short period of time following the publication of her book Why Do I Admire Soviet Russia. After her release, and a change of government in Turkey, she voluntarily exiled herself from 1953 to 1963. With the publication of The Prisoner of Ankara in 1957, she became the first female Turkish author to publish a novel in Europe. The novel received critical acclaim from Le Monde and the literary periodical Les Lettres Françaises, and was published in Turkish eleven years later.

Maureen Freely is the author of seven novels, and a former journalist who focused on literature, social justice, and human rights. Well known as a translator of Nobel Laureate Orhan Pamuk, she has brought into English several Turkish classics as well as newer work by Turkey’s rising stars. As chair of the Translator’s Association and more recently as president and chair of English PEN, she has campaigned for writers and freedom of expression internationally. She teaches at the University of Warwick.

Reviews for In the Shadow of the Yalı

Suat Derviş is an important novelist. She suffered a great deal for her political views, and her works were suppressed…In the Shadow of the Yalı is a work of beauty. A painful love story. A novel that examines love from a Marxist perspective. In my opinion, it has no equal in our literature.
Selim İleri, Orhan Kemal Novel Prize-winning author of Boundless Solitude

In the Shadow of the Yalı is a rare gem–a romantic character study, a social novel, and a feminist critique on patriarchy and capitalism. Suat Derviş explores the depths of social conditioning, the emptiness of chasing wealth, and the freedoms–imagined or actual–provided by lust and desire.
Ilana Masad, author of All My Mother’s Lovers