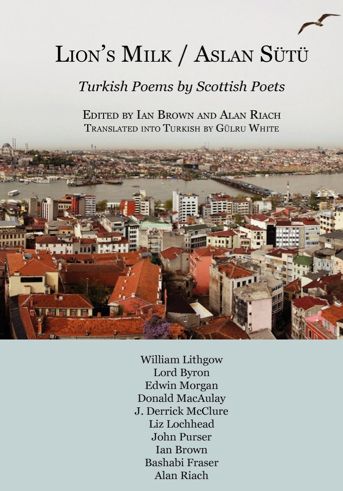 Edited by ian Brown and Alan Riach. Translated into Turkish by Gülru White

Climbing a hill
to look down on the city
I saw it gradually
rise into view
slowed my step
savouring the gradualness
as if the ground was sacred,
and perhaps it was.
When more than minarets
appeared, and the whole
crowding of domes,
gleam of waterways
crowded with ferries,
the bridges and the light,
far-off horns and cries
crowded the very
emptiest spaces
of the heart
I tried to stifle
sobbing but could not,
could not stop tears.