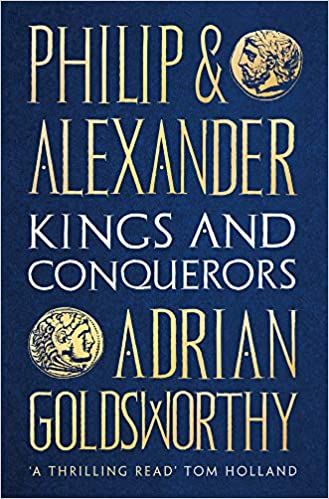 Philip and Alexander: Kings and Conquerors

Philip and Alexander of Macedon transformed a weak kingdom in northern Greece into a globe-spanning empire. In so doing, they changed the course of history.

By the end of his short life, Alexander the Great had eclipsed the power of Persia, crossed the Hindu Kush and marched into what is now Pakistan, redrawing the map of the ancient world to create an empire that stretched from the Adriatic Sea to the Indian subcontinent. But his success was not just the product of his own genius and restless energy, it was built on decades of effort by his father. History has portrayed Philip II of Macedon as an old man, one-eyed and limping, whose convenient assassination allowed Alexander the Great to come to power. However, there was far more to him than this. Through decades of hard fighting and clever diplomacy, Philip unified his country and conquered Greece. His son inherited all of this at the perfect moment and age for him to chance his luck and win greater glory. Between them, Philip and Alexander played a key role in spreading Greek language and culture over a vast area, the consequences of which were many and profound, for it led to the New Testament being written in Greek, and a Greek-speaking ‘Roman’ empire surviving in the eastern Mediterranean for a thousand years after the last emperor to rule from Italy.

As authoritative as it is accessible, Philip and Alexander is the latest in a much-praised sequence of essential ancient histories from Adrian Goldsworthy; it is the work of a master historian at the peak of his powers.