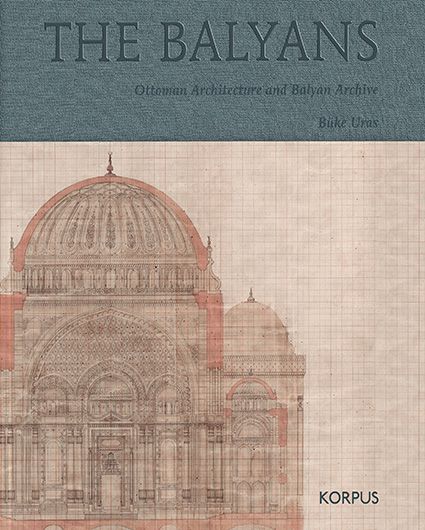 Ottoman Architecture and the Balyan Archive

The Balyans are a prominent family of architects who designed and built architectural works for the Ottoman sultans for three generations and achieved a unique interpretation of the Ottoman local architectural language, thereby shaping the architectural taste and preferences of the palace and marking the last century of Istanbul as an imperial capital.

The Balyan architectural practice, participated in by various family members, especially Krikor (1764-1831), his son Garabed (1800-1866) and grandsons Nigoğos (1826-1858), Sarkis (1831-1899) and Hagop (1838-1875), was formed by the personal histories intertwined with Ottoman social life as well as the professional knowledge passed down through generations and the expectations of the palace.

The Balyans never wrote down texts revealing their architectural thoughts. In the absence of such texts, which would have helped us in understanding their design philosophy, the Balyan architecture was evaluated only on the light of their constructed buildings for a long time, beginning with journalist and author, Viscount Alfred de Caston, who started the Balyan historiography. This book provides a comprehensive review and description of the drawings reflecting the design processes of imperial constructions, most of which belong too the Balyan Family Architecture Archive recently opened to research, and aims to introduce a new approach to the history of Balyan practice through unconstructed and constructed buildings.

Amont the achievements of the study are the identifications of architectural documentation in the Balyan Archive, such as the drawings of Beylerbeyi, Çırağan and Fer’iye palaces, the extension project for the Şale Kiosk’s Dining Hall, where the Çırağan Palace’s mother-of-pearl inlaid doors were reused, the renovation proposal for Bâb-ı Âli, the plan of the Esma Sultan Mansion in Kabataş, an important plan for the Ottoman History Museum about the repository of old weapon collections at Hagia Irene, projects for industrial facilities such as the Dolmabahçe Gasworks and the Imperial Fez Factory, and the drawings from the design process of the Aziziye Mosque, a little-known masterpiece of Sarkis and Hagop Balyan, which was the only selâtin mosque ordered to be built with four minarets after many centuries.


Istanbul’s 19th-century palaces are almost as distinctive as its 16th-century mosques. It is the only city in Europe to contain four major palaces built after 1800 for a reigning monarch: Dolmabahçe (1849–56), Beylerbeyi (1861–15), Çırağan (1863–71) and Yıldız (1866–98), the only one not on the shore of the Bosphorus. Their principal architects, and the subjects of this sumptuous and groundbreaking book by Büke Uras, came from the same family of Armenians: the Balyans. Their lives spanned 136 years: from the birth of the paterfamilias, Krikor, in 1764, through his son, Garabed, and grandchildren Nigoğos, Sarkis, Hagop and Simon, to 1899, when Sarkis, the last of the dynasty, died.

Armenians were then in favour with the sultans because of their architectural tradition and Ottoman distrust of Greeks since their bid for independence after 1821. They would obtain a self-governing community regulation and an assembly from 1863, 13 years before the Ottoman Empire itself was granted a constitution. Moreover, the traditional imperial Ottoman architect’s office, which had been in charge since the 16th century, was no longer in tune with the sultans’ modernising tastes. Members of the Balyan family began to work for Sultan Mahmud II after 1820. Garabed and Krikor Balyan received the title of imperial architect, and the former built for Mahmud II’s son Abdülmecid the largest of those four palaces, Dolmabahçe – “the new happy home of the Sultan”, as an inscription on its main gate proclaimed. It has a façade almost a kilometre long, and one of the most impressive throne rooms in the world, lit by a gas-powered 467-candle chandelier ordered from Britain in 1852. Despite its Classical columned appearance, the palace has separate state, ceremonial and harem sections, in the Ottoman tradition, and was and still is considered by some Turks more suitable for a monarch than Topkapı Palace. Mahmud II himself called the Topkapı, surrounded by high walls and dark trees, “dark and shameful… afraid to show its face”.

Hagop and Sarkis Balyan were responsible for the later palaces, built for Sultans Abdülaziz (1862–76) and Abdülhamid II (1876–1909). Sarkis Balyan became Chief Architect of the State by imperial order on March 31, 1878. At his funeral procession on November 9, 1899, in Kuruçeşme, an attendant carried his two Mecidiye medals, first and second class, as symbols of his successful Ottoman career. People who believe Ottoman cosmopolitanism was an illusion might consider that, despite ferocious nationalist passions inside and outside the Empire, the chief architect of the Sultan Caliph was a Paris-educated Armenian. In Istanbul, “the seat of the Caliphate”, Christians designed for a Muslim dynasty the mosques of the Çırağan, Ortaköy, Dolmabahçe, Aksaray and Yıldız as well as the Nusretiye in Tophane. The thousands working on the Sultans’ building projects used “a confusion of languages”: Turkish, French, Italian, German, Greek, Armenian, and sometimes sign language. Neo-Gothic, neo-Islamic, neo-Renaissance and neo-Louis XIV designs decorated Ottoman palaces, blending into an exuberant and elaborate neo-Ottoman style.