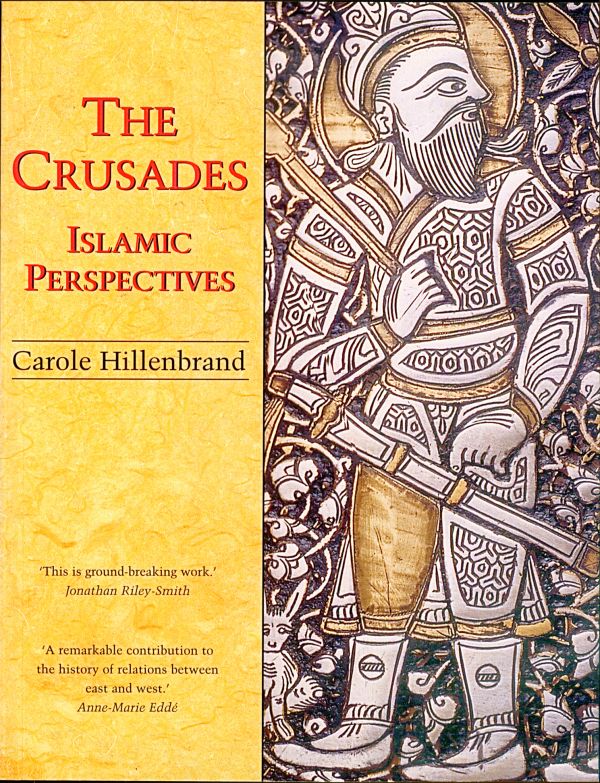 At the 900th anniversary of the Crusader capture of Jerusalem, it is timely to reflect on how the phenomenon of the Crusades influenced the Muslim world, then and now, militarily, culturally and psychologically. This book discusses a group of themes designed to highlight how Muslims reacted to the alien presence of the Crusaders in the heart of traditional Muslim territory. Ideological concerns are examined and the importance of the jihad is assessed in the context of the gradual recovery of the Holy Land and the expulsion of the Crusaders. Two chapters are devoted to an analysis of warfare - arms, battles, sieges, fortifications - on the basis of written sources and extant works of art, and the neglected aspect of the navy is brought into prominence. One chapter deals with the complex issue of the interaction between Muslims and Crusaders in a social, economic and cultural setting. The epilogue traces in outline the profound impact of the Crusades on Muslim consciousness until the present day.

This is not a chronological survey of the events of the period 1099 to 1291and even beyond, for that has already been done several times. Instead, this is a general book intended to introduce some of the wider aspects of the history of the Crusades from the Muslim side. Accordingly, as a deliberate policy, an attempt is made here to view the phenomenon of the Crusades entirely through the prism of medieval Muslim sources. This naturally involves bias, but such a bias is salutary given the cumulative impact of centuries of Eurocentric scholarship in this field and it should help to create a more balanced picture of this fascinating and momentous period of Christian/Muslim confrontation and interaction.

“This is ground-breaking work, and its value lies not only in the detailed reportage, but also in the way Carole Hillenbrand gives western historians a guide to source material, either unknown to them or available only in partial translation, and introduces her readers to the mindset of medieval Muslims, providing an entirely different angle from which to look at the crusading movement. By putting modern ideas into context the book will enable readers in both the western and Islamic worlds to understand better events which to some extent are shaping the present.” Jonathan Riley-Smith, Emmanuel College, Cambridge

“The Crusades from a Western viewpoint have produced a very rich and abundant bibliography for more than a century. On the other hand, very few studies on the Muslim response to the Crusade have appeared. For the first time the subject is tackled here globally and an attempt is made to explain, through a deep analysis of the Arabic sources, the motives and aims of the Muslims… This work - which shows very clearly the impact which the Crusades have had in Islamic territory up until our own time - is a remarkable contribution to the history of relations between east and west.” Anne-Marie Edde, Universite de Reims

Shortlisted for the 1999 British-Kuwait Friendship Society Prize “The judges concur with the reviewer’s judgement that it deserves a wide readership and should play a seminal part in future studies of the period from the Islamic viewpoint.” Sir Roger Tomkys, Chair of the Judges Panel

“Unwashed, over-sexed and over there: Crusaders and the deadly origins of Muslim mistrust of the West. It should count as True Crime” Best Buys of the Year 2000: Independent Weekend Review, 25 November 2000