Store > Books > The Enemy at the Gate 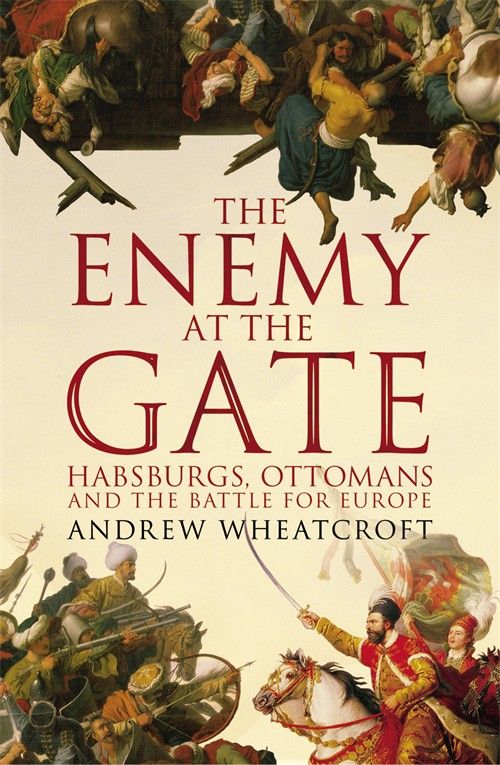 The Enemy at the Gate

Habsburgs, Ottomans and the battle for Europe

In 1683, two empires - the Ottoman, based in Constantinople, and the Habsburg dynasty in Vienna - came face to face in the culmination of a 250-year power struggle: the Great Siege of Vienna. Within the city walls the choice of resistance over surrender to the largest army ever assembled by the Turks created an all-or-nothing scenario: every last survivor would be enslaved or ruthlessly slaughtered. Both sides remained resolute, sustained by hatred of their age-old enemy, certain that their victory would be won by the grace of God. Eastern invaders had always threatened the West, but the memory of the Turks, to whom the West’s ancient and deep fear of the East is viscerally attached, remains vivid and powerful. Long before their 1453 conquest of Constantinople, the Turks had raised the art of war to heights not seen since the Roman Empire. Although their best recorded and most infamous attack, the 1683 siege was the historical culmination, not the extent, of the Turks’ sustained attempt to march westwards and finally obtain the city they had long called ‘The Golden Apple’. Their defeat was to mark the beginning of the decline of the Ottoman Empire.

With Turkey now seeking to re-orient itself towards the west and a new generation of politicians exploiting the residual fear and tensions between East and West, The Enemy at the Gate provides a timely and masterful account of this most complex and epic of conflicts.

Andrew Wheatcroft is the author of many books on early modern and modern history, and most recently The Ottomans (1995) and The Habsburgs (1996). During the writing of Infidels, on which he has been working for more than seventeen years, he has researched in Austria, Bahrain, Germany, Greece, Hungary, Italy, Jordan, Morocco, Spain, Turkey, the UAE, and the USA. His previous books have been translated into over ten languages. He is based in Dumfriesshire, and is currently Director of The Centre for Publishing Studies.