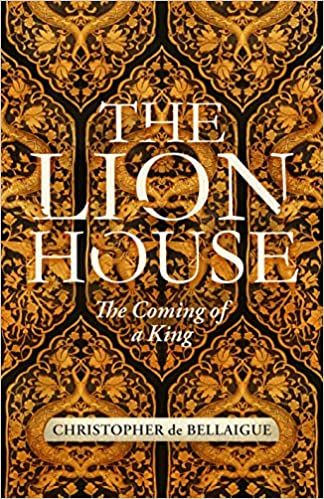 The Coming of a King

Venice, 1522. Intelligence arrives from the east confirming Europe’s greatest fear: the vastly rich Ottoman Sultan has all he needs to wage total war - and his sights are set on Rome. With Christendom divided, Suleyman the Magnificent has his hand on its throat.

From the palaces of Istanbul to the blood-soaked fields of central Europe and the scorched coasts of North Africa, The Lion House pioneers a bold new style of eye-witness history to tell a true story of power at its most glittering, personal and perilous: Suleyman’s rise to become the most feared and powerful man of the sixteenth century.

It is a journey built on brutal choices and intimate relationships - with the Greek slave who becomes his closest friend, the Venetian plutocrat who sells him gems and wins him allies, the Russian consort who steals his heart. Within a decade, Suleyman has mastery over millions of souls, from Baghdad to the walls of Vienna, while his pirate admiral Barbarossa dominates the Mediterranean. And yet the real drama takes place in small rooms and whispered conversations: as the Sultan exchanges love letters with his own vizier; as he awakes in terror after dreaming of his own assassination.

The Lion House is not just the story of two civilisations in an existential duel and of one of the most consequential lives in world history. It is a tale of the timeless pull of power, dangerous to live with, deadly to live without.

Reviews for The Lion House

Christopher de Bellaigue has a magic talent for writing history. It is as if we are there as the era of Suleyman the Magnificent unfolds.
Orhan Pamuk

The Ottoman Empire at the very height of its power and glory, narrated with a verve and flair that make the characters burst from the pages. Outstanding history and an incredibly good read.
Eugene Rogan, author of The Fall of the Ottomans

De Bellaigue is a riveting and expert guide to the story of Suleyman’s quest for power.
Peter Frankopan, author of The Silk Roads