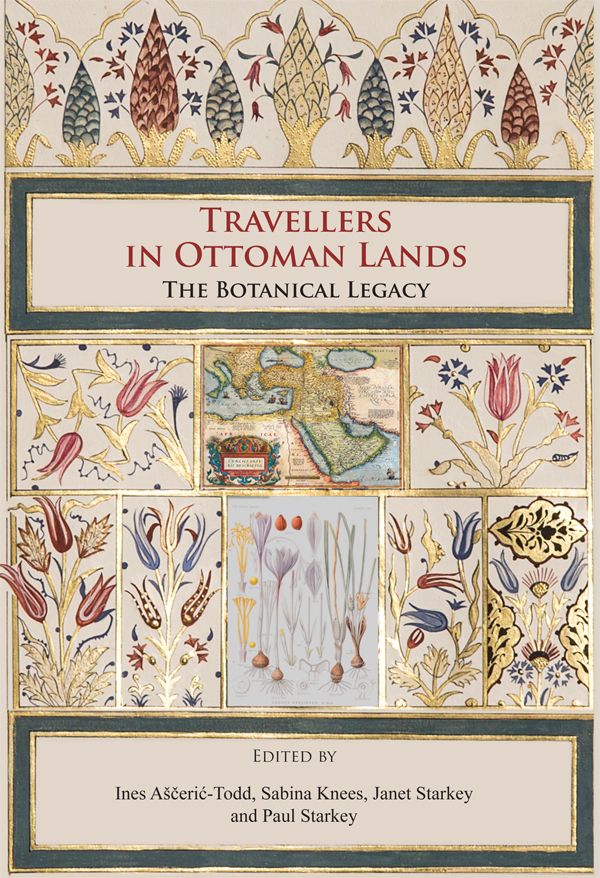 This collection of around twenty papers has its origins in a two-day seminar organised by the Association for the Study of Travel in Egypt and the Near East (ASTENE) in conjunction with the Centre for Middle Eastern Plants at the Royal Botanic Garden, Edinburgh (RBGE), with additional support from Cornucopia magazine and the Turkish Consulate General, Edinburgh. This multi-disciplinary event formed part of the Ottoman Horizons festival held in Edinburgh in 2017 and attracted a wide range of participants from around the world, including several from Turkey and other parts of the Middle East.

This splendidly illustrated book focuses on the botanical legacy of many parts of the former Ottoman Empire — including present-day Turkey, the Levant, Egypt, the Balkans, and the Arabian Peninsula — as seen and described by travellers both from within and from outside the region. The papers cover a wide variety of subjects, including Ottoman garden design and architecture; the flora of the region, especially bulbs and their cultural significance; literary, pictorial and photographic depictions of the botany and horticulture of the Ottoman lands; floral and related motifs in Ottoman art; culinary and medicinal aspects of the botanical heritage; and efforts related to conservation.

About the Editors
DR INES AŠČERIĆ-TODD is a Teaching Fellow in Islamic and Middle Eastern Studies at the University of Edinburgh. Her research interests include social and cultural history of the Middle East and the Ottoman Empire, Sufism and dervish orders. She is the author of Dervishes and Islam in Bosnia: Sufi Dimensions to the Formation of Bosnian Muslim Society, in the Brill series ‘The Ottoman Empire and its Heritage’ (Leiden & Boston: Brill, 2015).

DR SABINA KNEES has edited the Flora of the Arabian Peninsula and Socotra, since 2005. Before joining The Centre for Middle Eastern Plants (CMEP) at the Royal Botanic Garden Edinburgh (RBGE) in 2005, Sabina was a principal editor on the European Garden Flora, and a Stanley Smith Research Fellow based at the RBGE. Sabina is a member of the Horticultural Taxonomy Group (Hortax), the IUCN SSC Arabian Plant Specialist Group and the Executive Committee of the Friends of Socotra.

DR JANET STARKEY has edited the Proceedings of the Seminar for Arabian Studies since 2007. A former lecturer at Durham University, she has published extensively on travellers in the Middle East. Her most recent book, The Scottish Enlightenment Abroad: the Russells of Braidshaw in Aleppo and on the Coast of Coromandel (Leiden & Boston: Brill), was published in March 2018.

PROFESSOR PAUL STARKEY, a specialist in Arabic literature and culture, is Emeritus Professor at Durham University and is currently Vice-President of the British Society for Middle Eastern Studies (BRISMES) and Chairman of the Banipal Trust for Arab Literature. His translation of The Book of the Sultan’s Seal by Youssef Rakha won the 2015 Saif Ghobash Banipal Prize for Arabic Literary Translation, and his translation of The Shell by Mustafa Khalifa won a Sheikh Hamad Award for Translation and International Understanding in 2017.

Reviews for Travellers in Ottoman Lands