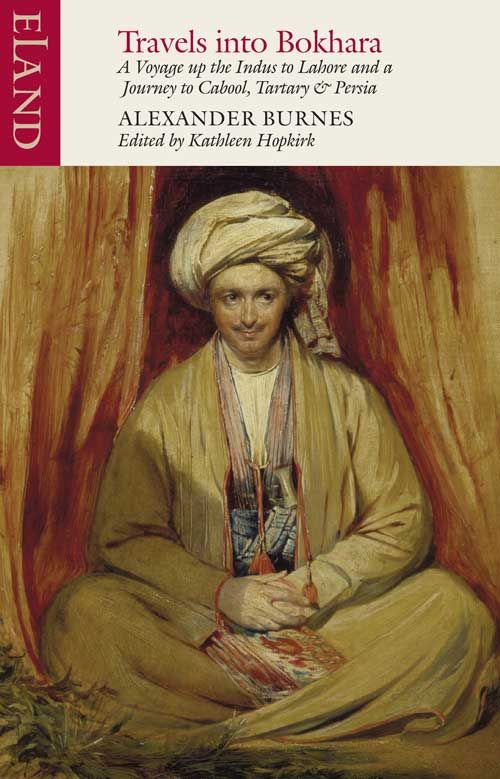 A Voyage up the Indus to Lahore and a Journey to Cabool, Tartary & Persia in the years 1831-33

‘Burnes is the most mesmerising British official and traveller of the nineteenth century. Everyone from Lawrence of Arabia to Thesiger was shaped by his example.’
Rory Stewart

At the age of only 26, Alexander Burnes made two dangerous journeys beyond the frontiers of the Indian Empire, and brought back descriptions of Sind, Afghanistan and the Khanates of Central Asia including the hitherto inaccessible Bokhara. He travelled simply with an ear for languages, which he combined with a boyish charm, insatiable curiosity and irrepressible enthusiasm. His travels was a best-seller in its day and this brand new edition allows us to recapture the heady sense of excitement, risk and zeal of one of Britain’s most accomplished secret agents before his assassination in Kabul.

Captain Sir Alexander Burnes, FRS (16 May 1805 – 2 November 1841) was a Scottish traveller and explorer who took part in The Great Game. He was nicknamed Bokhara Burnes for his role in establishing contact with and exploring Bokhara, which made his name.