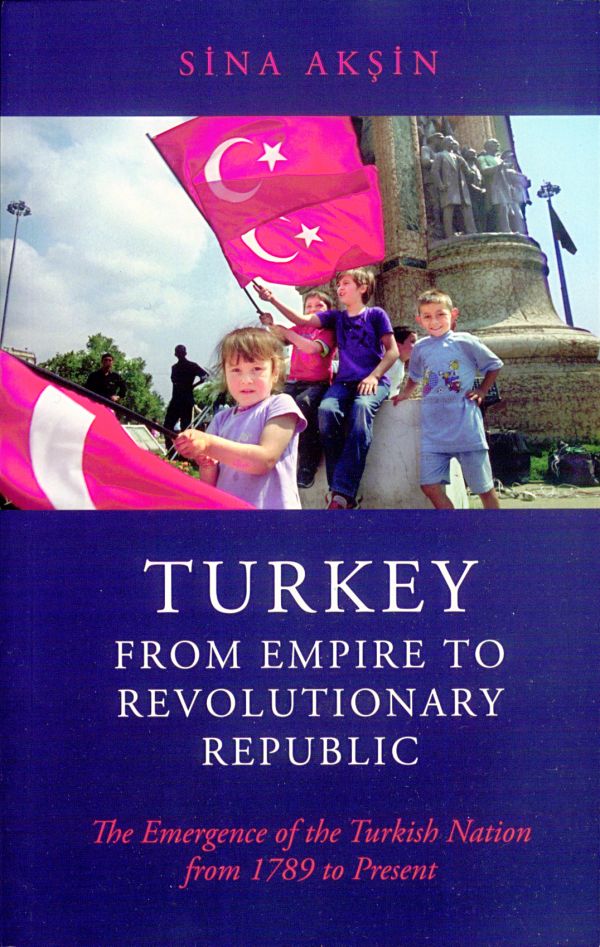 Turkey: From Empire to Revolutionary Republic

The Emergence of the Turkish Nation from 1789 to the Present

By Sina Akşin
Published by Hurst and Company Publishing
£16.50

Sina Akşin is one of Turkey’s most important historians, and published in 1996 the Turkish version of this book, which has already gone into several editions. It was inspired by the author’s conviction that in Turkey itself the teaching of 20th-century Turkish history – with which the book is largely concerned – and indeed of the social sciences as a whole, is inadequate.

As the Bibliographical Note makes clear, the histories of modern Turkey available to Western readers are almost entirely by Western scholars; substantial works in Turkish exist, but have not been translated.

The appearance of Akşin’s work in this English edition thus establishes a bridge between Turkish scholarship and Western readers, who will find his treatment of the period before, during and after the First World War, encompassing the fall of the Ottoman Empire and the rise of Ataturk, clear and compelling.

The final three chapters, on the 1980s, the 1990s and the new millennium, concluding with the question of EU accession, were written specially for the English edition, and will attract particular attention for the sophisticated Turkish view they provide of the contemporary period.

Professor Sina Aksin writes that the “Tanzimat was the beginning of the national movement for civil rights and constitutional government.” This short but lively book is intended for absolute beginners and it gives them a readable but authoritative tour across two hundred years of history which will surely leave them with a clear and deep understanding of how Turkey came to be the country it is.

Professor Aksin starts in 1787 with Selim III and the impact of westernisation and nationalism in the Ottoman lands and takes us down to 2002 and the end of the Ecevit Government and Turkey’s growing confrontation with the EU.

He writes in a plain but colourful style which conveys an unmistakable sense of the flavour of the times and the people who lived in them. When there is an important question to be asked about why things unfolded as they did, Professor Aksin pauses to ask it, giving brief but lucid answers drawn from a deep understanding of his period.