Store > Books > Turkey, the US and Iraq 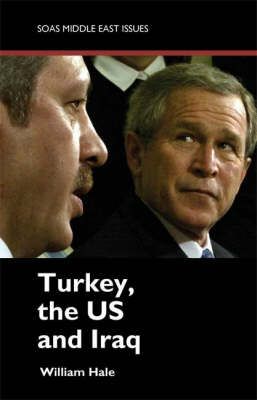 Turkey, the US and Iraq

The American-led invasion of Iraq in March 2003 has affected Turkey’s foreign policy in unpredictable ways. On the one hand stood Turkey’s vital alliance with the US, stretching back to the early days of the cold war; on the other, the strong opposition of the Turkish people to the invasion of Iraq. One of Iraq’s most important neighbours and America’s only formal ally in the region, Turkey gave vital support to the US during the first Gulf war. In the second Gulf war, America sought to project itself as the champion of democracy in the Middle East. Turkey, as the only Muslim country in the region with an acceptably democratic form of government, refused to support the US strategy. The challenge faced by the Turkish government has been to sustain good relations with the superpower, while remaining answerable to its own people. To explain Turkey’s changing foreign policy, William Hale examines the relationship between Turkey, the US and Iraq since the 1920s, when the Iraqi state was first established. He also analyses Turkey’s policies towards Iraqi Kurds and its ‘Europeanisation’ as the country aligns itself with the EU.

Reviews for Turkey, the US and Iraq