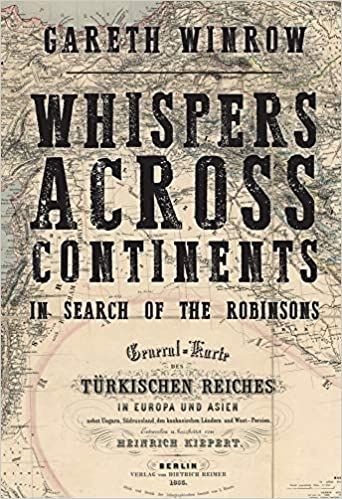 In Search of the Robinsons

Through the lens of an extraordinary family, a number of fascinating stories relating to the wider tumult of late nineteenth-century Europe are revealed in this book. Playing an instrumental role in the Ottoman Empire, the story of the Robinsons is a rags-to-riches tale that stretches from the tenant farms of Lincolnshire to the palaces of Constantinople.

Based on extensive archival research, newspaper records, correspondence and interviews, author Gareth Winrow follows the various narratives of a unique family. Originally Lincolnshire tenant farmers, the lives of the Robinsons are traced from the tea estates of Darjeeling to the banks of the Bosphorus, the streets of New York, and Wilhelmine Germany.

There is political intrigue and rumours of suspected espionage as the Robinsons rub shoulders with royalty and leading personalities of the day. Along with the fundamental issue of identity, significant broader political, social and economic themes of fin-de-siècle Europe are also explored. The Robinsons were witnesses to and participants in the upheavals and wars of the late nineteenth and early twentieth centuries. They mingled with unsavoury characters such as ‘Dr Gholab Shah’, a supposed Afghan warlord who was regarded by the British authorities as a charlatan and an inveterate abuser of women. Better-known figures like ‘Abdullah’ Quilliam, who established one of the first mosques in Victorian England, need re-evaluating in the light of their contacts with the Robinsons.

As we follow the whispers of the Robinson family, amid the cacophony of world events, a series of fascinating stories begins to unfold.