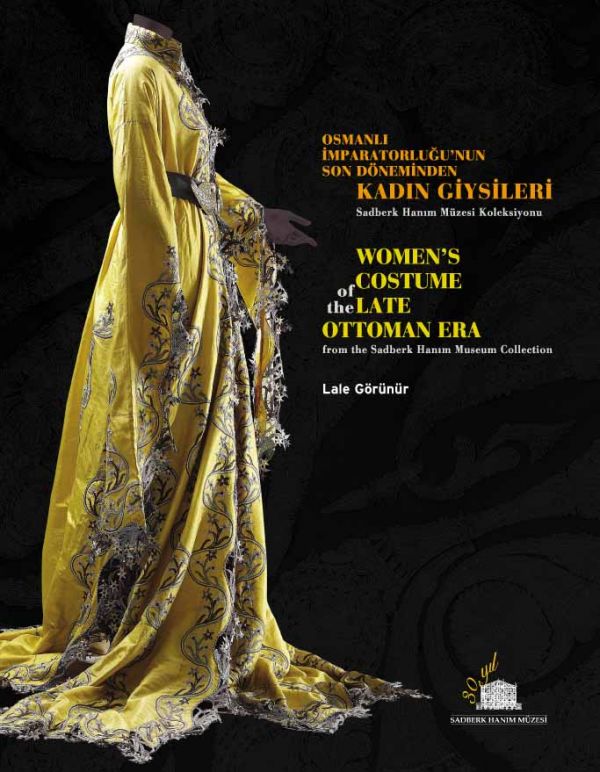 Five costumes belonging to fashion-conscious women of the late Ottoman period, along with hundreds of others, are on display at the Museum from May 14th to Novemeber 7th (2010). The memoirs of Safiye Unuvar, a governess at Yildiz Palace from 1915 to 1922, contain a vivid impression of fashions such as these. She describes women at a reception in Nisantasi wearing ‘long dresses of Hereke silk… with pink, lilac, blue and white plumes attached at an angle to their headgear like aigrettes. The sound of purled silk each movement made… it was like living in a fairy tale’

‘This is a superbly illustrated book describing the magnificent dress of wealthy Turkish women during the 19th century. Here the influences of European fashion blended with the sumptuous fabrics and embroidered decoration of Turkish tradition. The book is a reference source of Turkish fashion and source of inspiration to dressmakers and embroiderers.’
Jennifer Scarce, author ‘Women’s Costume of the Near and Middle East’