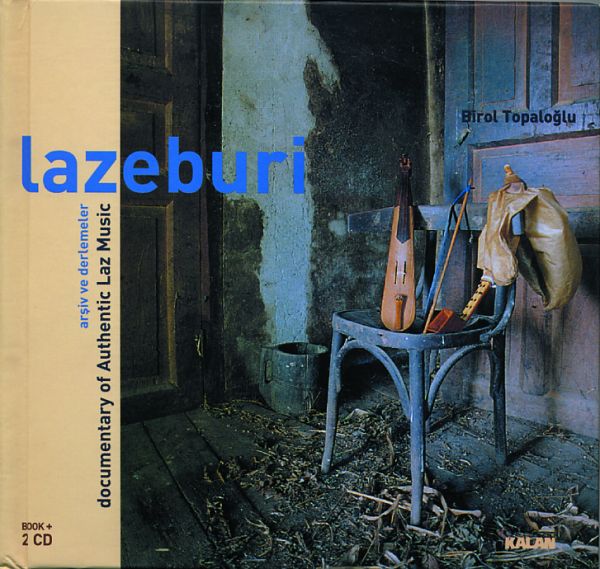 For Laz music, the main performer and researcher on the scene is Birol Topalaoğlu. His Lazeburi (Kalan Music) is an extensive musical anthology of Laz destane (epics) in two CDs. Some of the songs he performs himself on the tulum, and others are old recordings by other Black Sea artists.

The sound of trance

In the Kackars, sounds flow with the rivers, through the valleys, fragmented by echo, softened by the fog. I cannot recall a night unaccompanied by the melodies of a stream, of a song played far away, carried on the breeze.

In villages I have spent many an evening trying to follow the combined rhythms of the horon in my heavy, muddy boots. The music played from the Black Sea shore to the highest mountain passes is notably distinct from that of other regions of Anatolia. Here Pontic Greeks, Laz, Hemsin, Armenian and Turkish have together created a musical tradition rich in repertoires, themes and languages. It is a gritty monophonic music, bouncing on asymmetrical metres and woven around diatonic scales, yet at times suggestive of a Renaissance or medieval carol. Its trance-inducing monotony pulses with the rhythms of work. It accompanies the shepherds up to the yayla, descends to the record companies in the cities, resonates in half-empty villages and explodes at crowded festivals.

Musicians perform with the piercing tulum, a goatskin bagpipe, the kemence, a string instrument carved from a single piece of wood, held vertically and often played standing up, and with the kaval, a soft-sounding, simple wooden flute. The voice is no less important, and a large repertoire is sung a cappella.

Aysenur Kolivar’s acute, vigorous voice appears in many of the new recordings now available. When we met in a café in the Istanbul suburb of Kadıköy, she had just returned from the Black Sea Mountains, where her band of musicians, Grup Helesa (as in Greek thalassa, the sea), had been learning villagers’ songs and, with their help, composing new ones for an album due out in the autumn. Improvisation is central, she explained. A song might suddenly spring from a line of conversation. The lyrics of old ballads vary greatly from village to village, and melodies are stretched to fit different rhythms. There are collective work songs (heyamo), such as Nçaisi Birapa (Tea Song): “We are picking tea, us girls/ boys take the bags filled with tea.”

Rest songs tend to express an individual’s feelings. Aravani, for example, reflects an old crippled shepherd’s longing for his yayla: “The waters of Aravani, are they still so cold? The places where I have been, do they still keep my footsteps?”

Mourning songs are sung by women only, as are lullabies, while both genders are involved in lengthy improvisation “duels”.

The fast, entertaining horon accompanies circles of coordinated dancers. This dance has distinct male and female styles; the dancers might sing three or four lines, which are then repeated. The destane, on the other hand, can continue for hours. The narrator of this epic, kemence on his knee, enchants the audience with thrilling legends of war, love, exile, imprisonment…

In the past decade Black Sea folk-music recordings have mushroomed. “The audience used to get very bored during our performances – they would whistle or leave,” Aysenur recalls. “One year, suddenly everyone was cheering us.” Now each town’s municipal festival, falling on a weekend in July or August, features well-known artists and offers a platform for local young folk-rock bands. There is also a growing interest in non-amplified folk music, informed by research, yet distant from the stale sounds of the archive.

The first albums to include songs in Laz and Hemsin were produced only in the late 1990s. Laz, a southwest Caucasian language, can be heard on the coast between Rize and Hopa. Hemﬂin is closer to Armenian and is confined to Hopa’s mountainous hinterland. Today’s performers are not always familiar with these languages, once widely diffused in the region, but are learning from older generations.

Vova, by Hikmet Akcicek and Mustafa Biber, came out in 2005 (on the Ada label) and was the first album devoted to Hemsin music, though some songs are also in Turkish, a reminder of continuous musical exchanges. It features moving melodies from kaval, kemence and tulum, accompanied by guitar, oboe and deep, suggestive percussion.

As for Laz music, the main performer and researcher on the scene is Birol Topalaoglu. His Lazeburi (Kalan Music) is an extensive musical anthology of Laz destane (epics) in two CDs. Some of the songs he performs himself on the tulum, and others are old recordings by other Black Sea artists. Aravani (also from Kalan), in both Laz and Turkish, collects work songs, lullabies and horon.