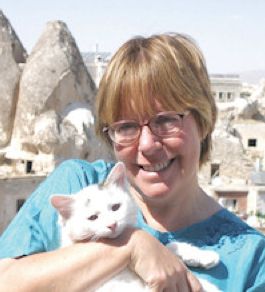 Born in London, Pat studied history at Cambridge University before embarking on a career in the travel industry. In 1990 she became a full-time travel writer, working on the Lonely Planet guides to Turkey, Iran, the Middle East, Britain, Ireland and Dublin, as well as writing the first edition of the Lonely Planet guide to London.

In 1998 Pat moved to Turkey where she bought and restored an old cave-house in Göreme in Cappadocia. In 2007 she started writing the twice-weekly Cave Life column for the Today’s Zaman newspaper while also writing the travel page that appears in Sunday’s Zaman.