Mehmet Mestçi’s Artisan Organisation have introduce an Istanbul chamber music festival as effervescent as his publicity material. Now in its eighth year, Opus Amadeus’s Chamber Music Festival coincides with Beethoven’s 250 anniversary, but there is more than Beethoven in the seven glorious recitals. Tickets are available from Biletix and sold at venues from an hour before each concert begins.

March 7 The sparkling 4 TIMES BAROQUE launched the fest on their first visit to Istanbul, with the overture to Handel’s Rinaldo played against the backcloth of the Sultans’ caiques in the Naval Museum in Beşiktaş before shimmying through Vivaldi, Corelli, Sammartini and the late Italian Renaissance composer Tarquinio Merula.

March 11 (8pm) The AMATIS PIANO TRIO, founded in Amsterdam by German violinist Lea Hausmann, British cellist Samuel Shepherd and Dutch/Chinese pianist Mengjie Han, offer Haydn and Beethoven in the handsome 19th-century Eglise de Notre Dame de Rosaire on the Asian side, emaculately restored as the Yeldeğirmen Sanat concert hall by the Kadıköy Municipality. They conclude with Mendelssohn’s Piano Trio No 2. Here them play the first movement of Piano Trio No 2 below: 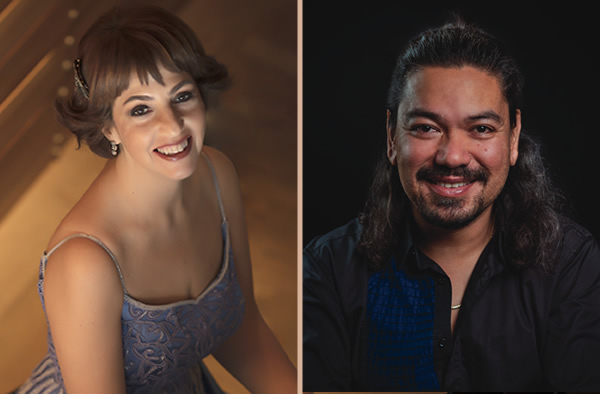 April 2 (8.30pm) Violinist Kinga Ujszászi and lutenist Jadran Duncumb who form REPICCO (named after a strumming technique on the Baroque guitar) unlock fabulous 17th- and 18th-century Baroque tunes in the Surp Levon Armenian Catholic church in Kadıköy. The tones these two young musicians achieve are to die for – their new cd is called Assassani and Assassinati. See them here on youtube:

April 22 (8.30pm) Amadeus Opus concludes with an all-Beethoven programme from the HUNGARIAN QUARTET in the Hemdat İsrael Synagogue, Kadıköy.