The grey-clad, grim-faced Turk who sells vibrantly coloured ladies’ underwear at the market. The shaggy street cat, weaving its way through the neighbour’s garden fence. The friendly face of a wizened elderly lady, each line in her face telling stories of lifetimes ago. One wouldn’t give these scenes a second glance if one passed them on the street. But perhaps it takes a fresh mind, an unbiased wanderer, to remind us of the beauty in these simple, everyday moments. 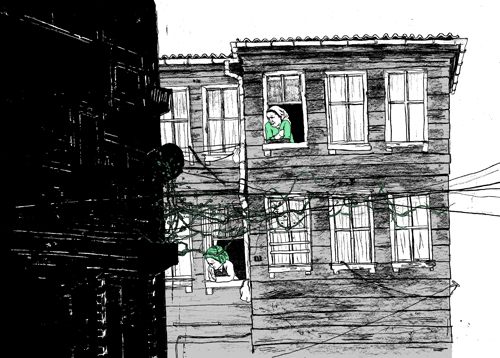 Gijs Kast, a young Dutch illustrator, wandered round Istanbul for six months, simply observing (hence the title: başıboş is Turkish for footloose). The result is an illustrated documentary in which you can almost smell, hear and taste the city. Rather than the tourist’s view, it shows the real Istanbul, unveiled and caught unawares. 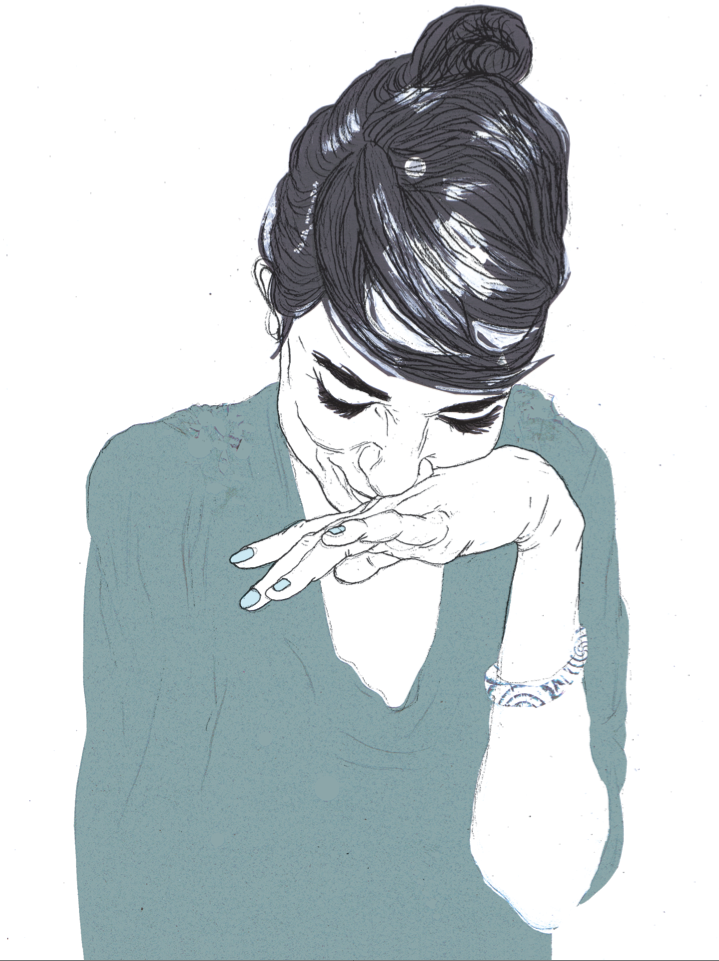 As an avid lover of pen-and-ink illustrations, it warms my heart to see works such as these finally accepted as high art. In the days when illustrations were just used to accompany texts, make political statements or simply entertain with a three-picture gag, the art form was often associated with children’s stories or comic strips and its reputation was low. Thankfully, illustrators can now express whatever is on their minds, without limitations. Kast shows this brilliantly, drawing out the beauty in the everyday, the mundane, and turning it into art.

As a graphic art, illustration lends itself to a form of expression very different from the written word or the painted canvas, but combining the best of both these worlds. Kast knows his medium, using composition and the interplay of light and dark to capture the imagination. His work, though mostly consisting of line drawings, is varied and exciting, sometimes hinting at a clever observation with a splash of colour. Perhaps it is a statement he would like to make, or an interesting contrast he wants to share. Either way, the portraits, patterns and street views are both entertaining and thought-provoking.

I myself have sadly not been to Istanbul, so it is interesting to see the city observed by an outsider from the inside. Yet these images do not seem foreign. Somehow the feeling is one of recognition. By depicting the city without gloss or shine and allowing it to speak for itself, Kast manages to bring Istanbul close. Perhaps we should all stop living at a hundred miles an hour and take time simply to observe our surroundings. Who knows what beauty we might find?

Other Highlights from Cornucopia 50