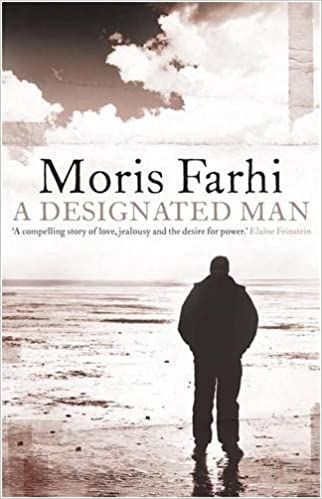 Osip returns home to a remote island in the Mediterranean, hoping that it will provide him a haven after the traumas of war. On his arrival, he narrowly escapes death at the hands of Bostan, a supreme feudist. The island, he discovers, is still governed by the archaic code of honour which has condemned the inhabitants to perpetual bloodshed and obliterated countless families, including Osip’s own. Helped by the aged Kokona, and by her earthy lover, Dev, Osip restores the watermill he has inherited. Soon, he and Bostan cross paths again. Beguiled by Bostan, Osip befriends him. When Bostan is ambushed by other feudists and left for dead, Osip rushes to his aid. While dressing his wounds, he discovers Bostan’s true identity. When Bostan recovers, the two of them set out to end the eternal feuding. This is a deeply affecting fable that resounds with hope.

Reviews for A Designated Man

‘In A Designated Man, Moris Farhi brings the narrative vigour, empathy and insight he employed in earlier novels about Latin America, Turkey and the Roma in Europe to the Balkans and the Middle East. He explores wars past and present, and the blood feuds found in so many parts of the world. Osip, world-weary and battle-scarred physician and veteran of the long People’s Wars, returns to his birthplace, the remote island of Skender. After decades on the mainland, he finds himself mired once more in the feuds that killed his father and drove him away. The six protagonists recount the novel’s story with a compelling urgency, yet there is much to linger over. Farhi’s imaginary world is no tidy republic, he insists that sexual desire is central to an ethical life, and his vision is an intelligent and impassioned antidote to the stern and infertile utopias of philosophers like Plato. Despite its tragic denouement, this is a roar of a book, a novel bursting with an uplifting generosity of spirit and lust for life.’ Alev Adil, The Independent (20th May 2009)