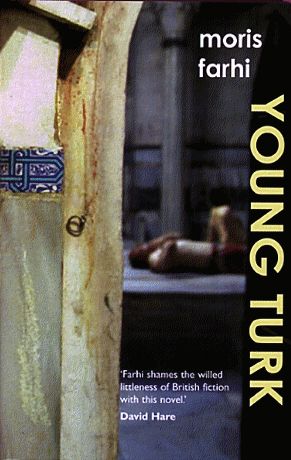 By Moris Farhi
Published by Saqi Books
Buy from Amazon

It is one of life’s rare pleasures to be sent a book and to be sufficiently gripped to read it straight through twice. Over lunch, Farhi told me that he had conceived his book as an opera composed entirely of arias. In this largely autobiographical work, each of the thirteen chapters tells a story recalled from the author’s youth. All of the characters are based on real people and real events played out in Istanbul between 1939 and the 1950s.

Brought up in the Jewish community, Farhi’s view of Turkey is cosmopolitan and all-embracing. His characters are Jews, Muslims, Armenians, Greeks, gypsies and circus performers. With light flicks of his brush, Farhi evokes the atmosphere of a bygone Turkey that is instantly familiar. And yet, there is a dark side. The sunshine of his youth is later overshadowed by the coming of narrow nationalism and political intolerance. Young Turk, while a story of Turkish adolescence, harks back to the ideals of the reforming Young Turks that, in Farhi’s view, were betrayed in the 1950s.

Farhi begins in 1939 with the story of Rıfat (himself) and Gül, a strange, clairvoyant girl whom he sees as a pir, a supernatural being sent to intervene between Man and Death (Farhi himself nearly died of diphtheria as a boy). To prove his manhood, Rıfat wrestles bears with the gypsies. When the doctors later despair of saving the dying Rıfat, his friends smuggle the semi-crazed Gül into the scandalised household to cure him with a charm. In the background, the Jewish community is beginning to feel the Nazi persecution of the German Jews growing worse. Atatürk, who for Farhi is the embodiment of the Young Turkish ideal, offers refuge to them, just as Sultan Beyazıt took in the Jews expelled from Spain. One of the anti-Nazi doctors welcomed in was a Communist, yet, at the time, the Communist party was banned in Turkey. This little aside is a pointer to Farhi’s sense of paradox.

Farhi’s next reincarnation is as Musa, a Jewish boy of Ankara, who is taken every week to the hamam by an Armenian servant woman who had fled to Istanbul from Kars and been taken in by the family, becoming abla (elder sister) to the children. As a young boy, Musa is allowed to the women’s hamam, where his eyes feast on a “cornucopia of breasts of every shape and size”. From his gypsy friends, Musa learns much about functioning of the normally veiled parts of the female form, which he studies as the women lie exposed on the marble platform. At the ghastly moment when Musa visibly and publicly ceases to be a boy, he is scandalously expelled from the hamam by the teyze (aunt) who runs it, as Adam was expelled from Paradise.

We move on to wartime 1942, as the Jews in Greece are being rounded up by the occupying Germans. In the story, the boys engage a Levantine smuggler of Venetian origin, who has a boat, to get a family member out to safety in Turkey. (The smuggler in fact existed, but all he did was play the boys along. This is a “what if?” story.) In 1943, however, Turkey turns against Jews. The government imposes on them the vicious Varl›k wealth tax. Those unable to pay have their property sequestrated and are sent to labour camps in the east. Jewish families are ruined, yet their Muslim neighbours contrive to help them.

The central passage of Young Turk is a moving polemic. Farhi quotes a pious old Muslim musician who declares that “racial and religious prejudices are not part of the Turkish character. They are European diseases”. Farhi recalls the quest of the Young Turks to create one Turkish nation to replace the motley millets that made up the Ottoman empire. This notion was taken up by Ziya Gökalp, who said that a nation must be defined “not by race, political system or by geographical boundaries, but by a shared language, culture and traditions”. This definition was to embrace everyone in the land. But then, says Farhi, “certain conservative elements” added Islam as an essential component for Turkishness. This left the non-Muslims as outsiders, as “non-Turks”. The new ideology dismissed the liberal, all-embracing national identity and came to be known as Kemalism which, since Atatürk’s death, has supported discrimination against Jews, Armenians and Greeks – all bona fide Turks. Atatürk must be weeping on his cloud, says Farhi, lamenting that the great man’s ideas have been hijacked.

Farhi uses Atatürk to support his own case. He goes back in time to 1921 and the battle of Sakarya, where the Greeks were finally defeated by Atatürk, to tell the story of a young Greek-speaking Jewish signals officer working with Atatürk, whom he worships. Atatürk introduces the Jew to the works of the communist poet Naz›m Hikmet as “a madman who loves Turkey as much as we do”.

The remaining stories encompass wartime Jewish families becoming lost and separated on refugee trains to Turkey, an Abkhazian Christian fleeing Stalin to end up in the circus, and a very moving story of a kabadayı. Kabadayıs are eastern Anatolian Robin Hood characters, members of a chivalrous and semi-religious brotherhood devoted to a gentle quietism that is reinforced by menacing moustaches and occasional violence. A flight of inspired ribaldry is the (true) tale of a highly colourful woman who causes chaos by initiating an entire dormitory of Robert College schoolboys – in alphabetical order.

Farhi’s forte is his deep humanity and a deliciously earthy humour, which lightens the darker side of life. His genius lies in his ability to weave large tales around little people, the flotsam of a troubled world. Little people, but with great hearts, devotedly grateful to those who help them. And the greatest of all these was the poet Naz›m Hikmet, the Pablo Neruda of Turkey, who became the darling of the left and for many years was banned in Turkey. The story of Aﬂ›k Ahmet, Farhi’s inspirational teacher, who introduced him to Hikmet’s work, of the poet’s persecution, arrest and escape from Turkey, is the moving summation of Farhi’s long cry for liberalism. Hopelessly idealistic though he may be, as a writer Farhi is inspired.