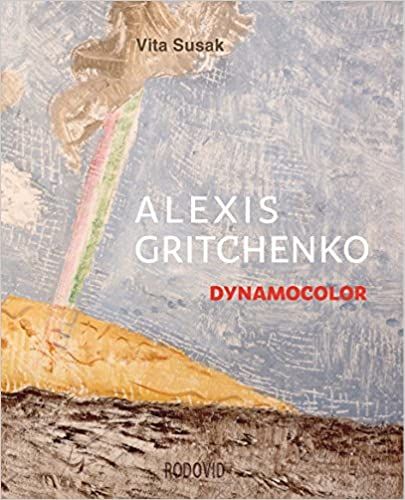 Alexis Gritchenko (1883-1977) was a painter and art critic, whose creative work is closely connected with Ukraine, Russia and France.  In the 1910’s he developed his own art direction – colordynamos, based on cubism principles and the formal language of icons.

After leaving Moscow in 1919, Gritchenko spent two years in Constantinople before moving on to Greece and then Paris.

More than 40 years have passed since Gritchenko’s death, and this timely and serious monograph encompasses all his creative development.


On July 23, 1919, as the Russian Civil War raged, Alexis Gritchenko, the maverick Ukrainian artist, opinionated lecturer and disputatious art critic, shrugged on a coat, grabbed a bag, padlocked his Moscow studio and, before heading to the station, wrote on the door: “There are no weapons here! Preserve it, please.”

“It” – a body of work of more than 500 canvases – would be impounded and cut up for use by students, “butchered”, as Gritchenko described the abomination two years later when he learnt of it in Paris. “How am I to reconcile myself to the complete disappearance of half of my life, my conscious, concrete, spiritual life?!”

But in that July his only instinct was to flee before a “spiritual trap” closed on him, obedient to an inner voice that urged: “Leave everything before it’s too late.” He seems to have had no clear destination in mind. “People usually jump into one of the raging streams, hoping their good fortune will toss them onto a nice welcoming shore. That was how one day I found myself under the minarets of Istanbul.”

Alexis Gritchenko: The Constantinople Years, an exhibition at Meşher (the Vehbi Koç Foundation’s gallery space on İstiklâl Caddesi), celebrates the artist’s sojourn in Turkey, a time of great trials, but also of some of his most inspired work.