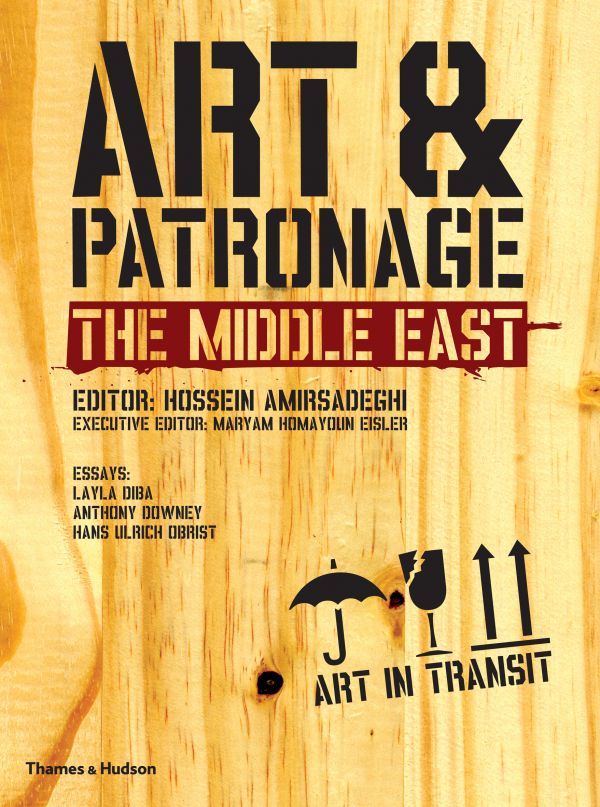 By Hossein Amirsadeghi and Maryam Homayoun-Eisler
Published by TransGlobe
Sorry, this item is currently unavailable from Cornucopia.

Hands up for Turkish Art

There’s a buzz about the contemporary art scene in Turkey as collectors splash out millions on the hottest talent. William Greenwood on a happy mix of money and creativity

Istanbul now has the fourth-largest number of billionaires after London, New York and Moscow, and they’re out to spend money on art. Not just any old art, but some of the most up-to-the-minute, cutting-edge art being created anywhere in the world. The contemporary art scene in Turkey is booming, thanks to a happy conjunction of economics, patronage and, obviously, artists. Indeed, the state of the arts in Turkey is the opposite of that in the US or Europe, which are now in what Christopher Knight of the Los Angeles Times has described as “suspended animation”. Of course, excellent artists abounded in Turkey long before the current hype. Over the last 20 years, the Istanbul Biennial and the Contemporary Istanbul art fair have made Turkish art more visible. Works by artists such as Fikret Akay and Emre Hüner are part of Tate Modern’s collection in London, and Kutluğ Ataman, basking in the glow of a well-received Istanbul Modern retrospective, was nominated for the Turner Prize in 2004. Also, Hossein Amirsadeghi and Maryam Homayoun Eisler’s recent publications – Unleashed: Contemporary Art from Turkey and Art and Patronage: The Middle East (see overleaf) – have provided quality reference books on Turkish art and its patrons. The current boom has its roots in the stabilisation of the Turkish economy after 1987. Economic stability is a prerequisite for collecting. As Kerimcan Güleryüz, owner of the influential X-ist gallery, argues, “The willingness to collect comes only after you’ve dealt with the essentials.” The Turkish economy weathered the storm during the recent recession, which created a richer, more confident Turkish art market, and a somewhat poorer Euro-American market looking for bargains. Both of these factors led to large-scale investment in Turkish contemporary art. Now auction houses and dealers are taking notice of its potential. Sotheby’s was the first to offer a purely Turkish contemporary art sale, in 2009, and in April 2011 Bonhams will join the fray with its own dedicated Turkish sale. These auctions have led to record prices for modern Turkish art. At the second Sotheby’s sale, in 2010, highlights included Fahrelnissa Zeid’s Untitled (1958), the first modern Turkish work to exceed $1million at auction, and the rising star Taner Ceylan’s seductive 1881 (from the Lost Painting series), which more than tripled its original estimate to sell for £121,500. This year, Sotheby’s is expecting great things from Mubin Orhon, whose Untitled (1963) is estimated at £200,000–£300,000, while Bonhams has put a £280,000–£340,000 estimate on Erol Akyavaş’s End of Encounter. The Koç, Sabancı and Eczacıbaşı families are pumping millions into building collections, while Turkish banks have continued to provide support for contemporary artists. This positively Renaissance mixing of money and creativity has led to some criticism. The art historian and curator Necmi Sönmez has lambasted the Turkish scene for being “harmless, decorative, hyperrealist and still a monopoly of sales-oriented dealers and the private, mainly bank-sponsored, art spaces and museums”. It’s true that the overtly political or mildly pornographic work of artists such as Extramücadele or Burhan Kum suggests a degree of immaturity. However, much of the art being produced now is highly engaged, politically and socially. There is a lack of the kind of censorship seen in Middle Eastern countries, and the in-your-face provocation of such works is, in and of itself, politically charged. As the art historian Ahu Antmen puts it, the past 20 years in Turkey have seen “a creative effort in which the politics, as much as the aesthetics of representation, played an important part”. The writer and publisher Hossein Amirsadeghi takes issue with Sönmez’s negative view, stating that commerce is always the driving force behind art. At the same time, investing in art is a very brave move indeed: “The risk taken by a dealer, a gallery, a collector or a private sponsor is risk pure and simple. It can blow up in their faces.” And institutions such as Arter, the Koç family’s massive new gallery in downtown Istanbul, provide a forum whereby the public can engage with challenging new art. As Melih Fereli, senior consultant at Arter, puts it, the role of the wealthy collector is that of a “private institution providing a very public service”. Having seen the meteoric rise and catastrophic fall of prices in the Indian and Chinese contemporary art markets, one might predict a similar outcome with Turkish art. But Güleryüz believes that an art “bubble” is not necessarily something to worry about: “Handled properly, it could even be a good thing; when bubbles burst it’s all the bad art which loses value. Good art never loses its worth.” Ada Elgiz is not so sure, pointing out that no Turkish artists have gained a level of fame comparable to those further east. She also notes that “the scene is only just developing here – a Turkish bubble is going to take a long time to form!” With the 12th Istanbul Biennial approaching, could this be Istanbul’s time to join Paris, London and New York as a world-class art hub? “Five years from now,” says Fereli, “when we look back, it will become clear that Istanbul has, for a while now, been positioning itself as a major art centre.”