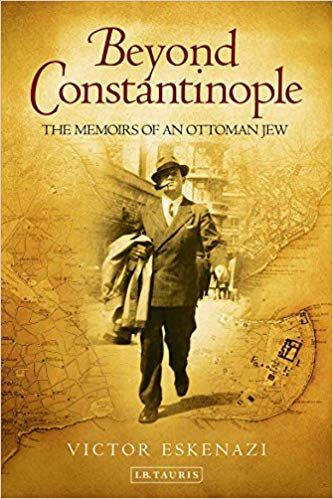 The Memoirs of an Ottoman Jew

Constantinople in those days represented the bridge between East and West. The navel of the earth. A wondrous and fascinating place to live.” Victor Eskenazi, a Sephardic Jew from Constantinople, represented an ethnic and religious minority that thrived in the Ottoman Empire. The beginning of the twentieth century was a critical period in Ottoman history, which saw the end of the Empire, defeat in World War I but also a colourful influx of victorious allied armies and White Russians fleeing the Revolution, contributing to the already cosmopolitan nature of the city. Eskenazi breathed the complex air of this budding new Turkey, with its ideals, contradictions and hopes. His extraordinary memoir which begins in Constantinople and travels across Europe during and after World War II tells the remarkable story of a family, poignantly capturing a moment in time which now exists only in memory.