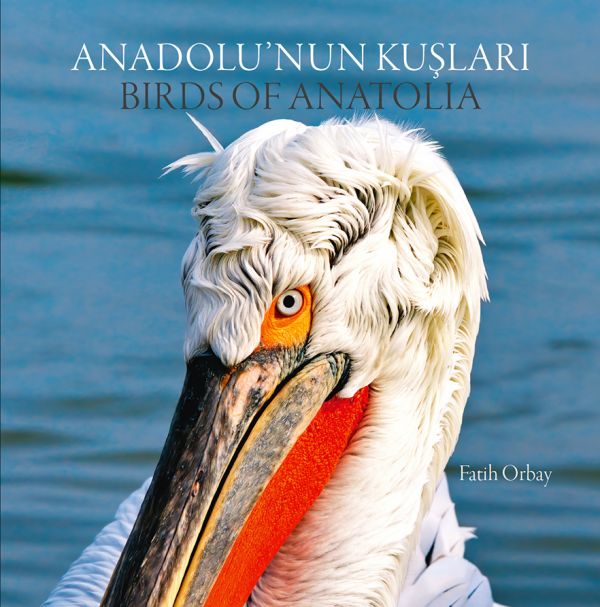 Turkey only: 750TL
Scroll down for payment details in Turkey

*For international orders this book is unfortunately not available by standard post (weight 2.9kg). Please select tracked shipping during checkout or contact books@cornucopia.net for a quote.

The sequel to the Flowers of Anatolia, now a classic of the genre, Birds of Anatolia is a magnificent volume by the illustrious nature photographer and documentary film-maker Fatih Orbay. Text in English and Turkish, with indexes in English, Turkish and Latin.

Birds of Anatolia, the sequel to Fatih Orbay’s classic Flowers of Anatolia, brings together stunning images of more than 300 bird species that live and fly in the skies of Anatolia, taken by the award-winning nature photographer and documentary film-maker over nearly four decades. Anatolia’s climatic and biological richness make it a natural habitat of hundreds of species and its geography places it on the migration route of many others. It boasts an astonishingly wide array, from fierce raptors such as the majestic White-tailed Eagle to joyful songbirds like the exquisite White-throated Robin, and rarities such as the Dalmatian Pelican and the unique Brown Fish Owl.

This book, like its predecessor, is a celebration of nature. It will, one hopes, help to remind all who read it that the continued existence of these beautiful, awe-inspiring creatures
depends to a large extent on how mankind shapes its own future.

Born in Ankara in 1946, Fatih Orbay, a graduate of Middle Eastern Technical University, has had two careers in parallel: as a presenter and producer of television programmes for TRT, as a professional photographer. Since 1987, he has succeeded in combining his deep and long-held interest in the natural world with his professional skills by shooting nature documentaries. Among the titles he has made are The Lost World, Storm Valley, A Walk to the Clouds, Four Seasons of Anatolia, Birds of Turkey, Turkey’s Peerless Flowers, Wetlands: The Sources of Life, and The Living Treasure.

Published on the occasion of the 20th anniversary of the Tekfen Foundation.