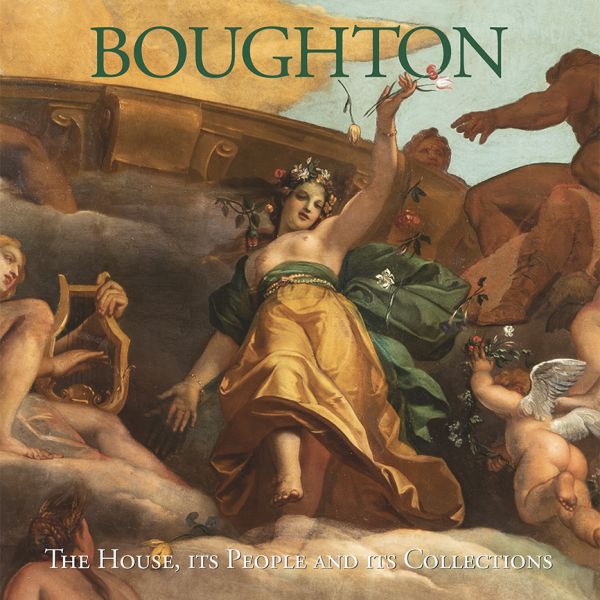 The House, its People and its Collections

By Richard, Duke of Buccleuch and Queensberry, edited by John Montagu Douglas Scott

The third in a series of guidebooks to the houses of the Dukes of Buccleuch and Queensberry produced by the Scottish co-publishers of Cornucopia Magazine, this lavishly illustrated book focuses on Boughton House, Northamptonshire, described as ‘the English Versailles’.

In this sumptuous portrait of the house, now in its considerably expanded 2nd edition, Richard, Duke of Buccleuch and Queensberry, sets the scene with a history of his ancestors, the Montagus of Boughton, who acquired the manor in Northamptonshire in the reign of Henry VIII.

Most memorable is Ralph, 1st Duke of Montagu (1683–1709), Charles II’s ambitious ambassador to the court of Louis XIV, who transformed Boughton into a palatial homage to French culture. His son John, the 2nd Duke, is remembered for the miles of avenues he planted, a love of heraldry, a fondness for practical jokes and the ancient lion he nursed in one of the courtyards.

The present Duke then takes us on grand tour of the house: the French-inspired façade, the formal State Rooms created for Royalty, the Tudor Great Hall and the labyrinth of courtyards. He draws our attention to dramatic painted ceilings, flamboyant French furniture and the oldest dated carpet in Europe, before moving to the park, with its avenues of soaring limes, network of lakes and newly created sunken pool.

The book showcases Boughton’s celebrated art collection, with its magnificent tapestries and the outstanding collection of Sèvres porcelain. There are striking portraits of Elizabeth I, Charles II and his son the Duke of Monmouth, another Buccleuch ancestor. Dozens of Van Dyck’s friends and contemporaries cluster in the Drawing Room. And most eye-catching of all is the full-length portrait of Shakespeare’s muse, the Countess of Southampton.

But this is no stuffy museum. The house is still lived in by the Duke and his family and is a thriving hub of artistic life, with regular exhibitions and concerts.

Photographs are by Fritz von der Schulenburg, who captures the atmospheric house in all its guises. And the recently appointed archivist Crispin Powell enlivens the history of the house with fascinating new findings.

Boughton is open to the public through August. For more information, see www.boughtonhouse.co.uk

This book can be ordered online here or purchased at Boughton House.