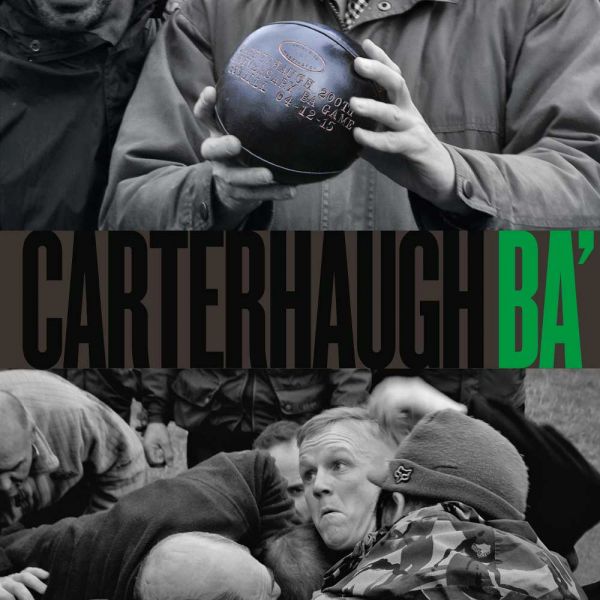 By Ian W Landles, Hugh Hornby, and Billy Gillies. Foreword by the Duke of Buccleuch Letter from the Edinburgh Borderers by Rodger Thom, and additional contributions by Brian Renwick, Ian 'Tut' Johnson, Jo Clark and Linda Lawson of the Bill McLaren Foundation

THE BOOK IN BRIEF:

On December 4, 1815, 750 ba’ players came together in a mighty contest on the field of Carterhaugh, near Selkirk in the Scottish Borders, for ‘a Great Foot-Ball Match’. On December 4, 2015, two bands of dedicated ba’ players descended on Carterhaugh to celebrate the bicentenary of the match by joining battle in another no-holds-barred contest.

For anyone interested in the true origins of the game of rugby in the centuries-old mass ba’ games of the Scottish Borders and the North of England – still alive and kicking to this day – here are tales wonderfully told by historians and players of the game.

The late Hugh Hornby describes the enduring appeal of mass football games today and Billy Gillies gives a blow-by-blow account of the 2015 re-enactment and explains why the Border ba’ game is absolutely not just a game!

This book tells a story which has waited two centuries to be told. 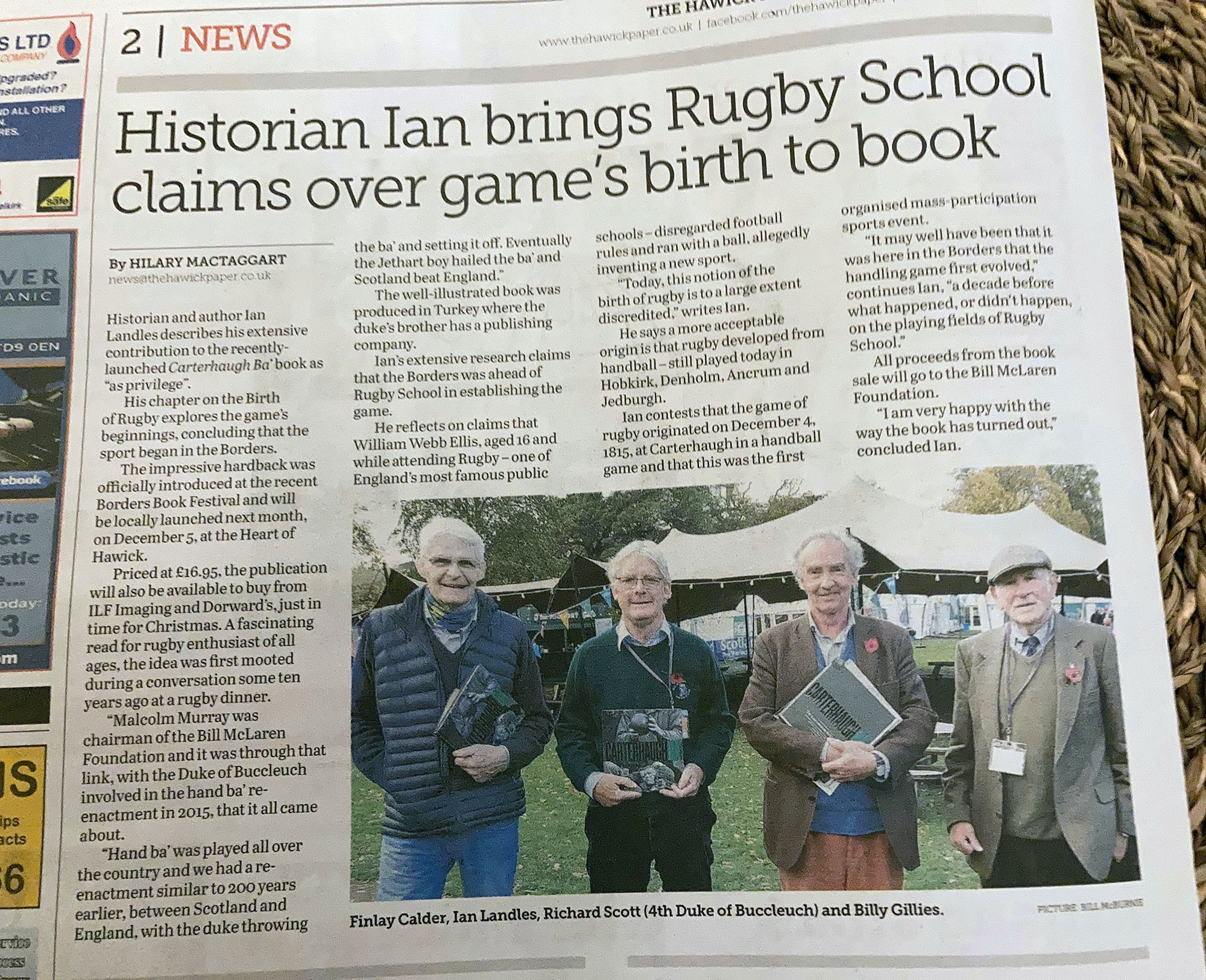 THE REAL STORY BEHIND THE INVENTION OF RUGBY IN THE BORDERS Border Telegraph, November 20, 2021

‘One of the highlights of this year’s Ballie Gifford Borders Book Festival was the tale of the Carterhaugh Ba (writes John Hislop)… Billy Gillies ‘explained why the Border ba’ game is absolutely not just a game but a serious business, and gave a blow-by-blow account of the 2015 re-enactment. Billy concluded by revealing that he intends having his ashes sewn into a ball so that he can keep playing the game. Their coffee table book contains historic images, verses and letters, alongside photographs by leading Scottish photographers.’