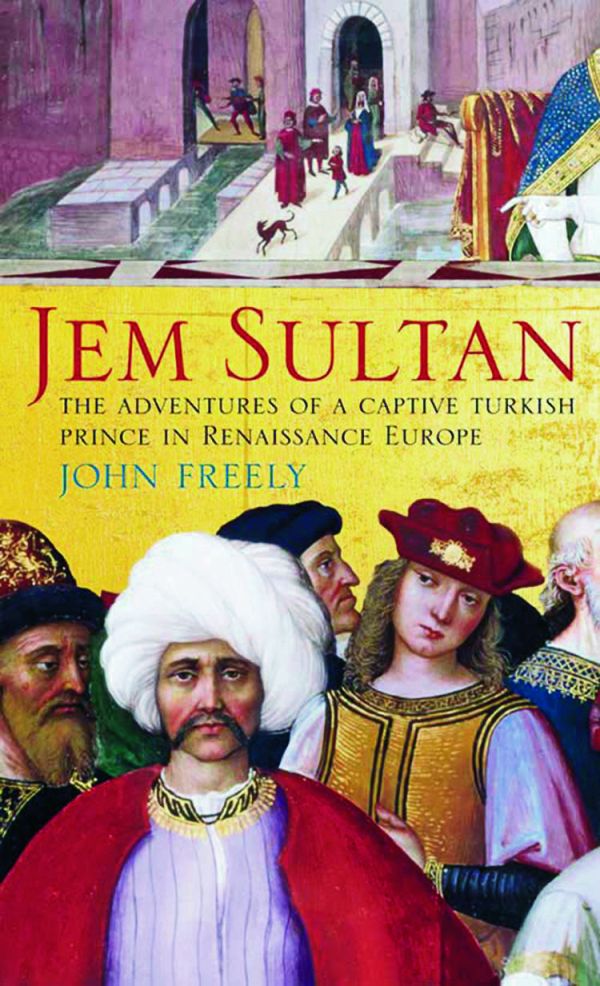 The Adventures of a Captive Turkish Prince in Renaissance Europe

By John Freely (1926–2017)
Published by HarperCollins
Buy from Amazon

Cem Sultan, the fifteenth-century Ottoman prince who was the younger son of Mehmet the Conqueror, was one of those unlucky individuals who seem destined to become great rulers but never get the chance. Indeed it is probable that if he had defeated his elder brother, Beyazit II, and become sultan, he would have driven the Ottoman Empire’s frontiers westward and perhaps, since Italy was one of the main Ottoman targets, might one day have ridden on horseback as conqueror into the Old Rome - just as his father, Mehmet II, rode into the New Rome of Istanbul – and even turned St Peter’s into a mosque.

It was not to be. Beyazit beat Cem (who here becomes Jem for reasons of pronunciation) in the race to capture the throne after Mehmet II’s death in 1481. Without an army, Cem fled first to Egypt and then later to the Knights of Rhodes. They broke their promise to let him travel freely. So instead of heading invading armies, Cem spent almost all his adult years, over a third of his life, first as a prisoner of the French and then of the Pope. They used him as a bargaining chip with Beyazit to fend off the Ottoman military challenge.

The Ottoman prince in his turban in Rome makes an extraordinary contrast with the Renaissance figures that flit past him in John Freely’s latest book. Cem was painted several times, so we know fairly exactly what he looked like. Perhaps it is because we know so little else about him – though we do have some poems he wrote in exile – that Cem appears to be the only upright figure in a dazzling cast which otherwise consists of unscrupulous and bent individuals to whom, rather surprisingly, we owe this most glorious period in the arts.

In Rome, Cem was held captive by two popes and their sons in turn. Sons of popes? Well, yes - in the closing decades of the fifteenth century the papacy was going through a spell of deep corruption. Luckily for Cem, Renaissance prelates were more adept at enjoying life than practising their religion, and so his time in the Vatican did not pass without a fair range of worldly delights. One papal son, a member of the Borgia family, went hunting with Cem. Even the Renaissance composer Josquin Després, who must have seen Cem from close by in the papal choir, has a minor part in this story.

Manly but a little fearsome, and always conscious of his superiority as an Ottoman Muslim, Cem was sometimes depressed but never lost his dignity. But of course he was doomed. Though his brother’s attempts over the years to have him assassinated were easily foiled, Cem’s end came very abruptly.

In late 1496, Charles VIII of France invaded Rome. He demanded, and was given, custody of Cem, who was treated with great honour and led south with the French armies. But within a month, Cem was dead of a sudden but apparently genuine illness. He was only thirty-four. Just over four years later, his body was taken back to Turkey and he is honourably buried beside his grandfather, Murat II, in the Muradiye Mosque in Bursa.

Stories of romantic royal prisoners are always a source of fascination and legends. Cem’s years in Europe are no exception. This is an excellent account of his captivity for the general reader, and it is enriched by John Freely’s expertise as a traveller, writer and art historian, though one wishes that HarperCollins had stuck to the usual spelling of the prince’s name.