Store > Books > The Art of Exile 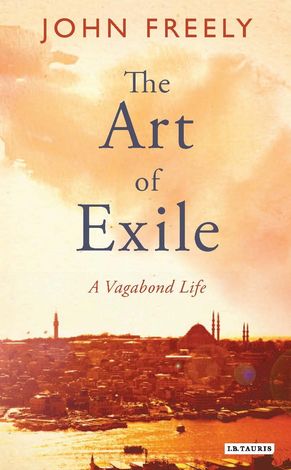 The Art of Exile

By the time he was six, John Freely had crossed the Atlantic four times. His childhood was spent on the mean streets of 1930s Brooklyn, where he scavenged for junk to sell and borrowed money for books; his first love being Homer’s Odyssey. He was 15 when Japan attacked Pearl Harbor and 17 when he enlisted in the US Navy and embarked on the first great adventure of his life: joining a clandestine unit that helped the Kuomintang fight the Japanese. He served for two years, 96 days in combat and a total of 344 days overseas, which sparked a lifelong passion for travel. Returning home after the war, Freely fell in love with a beautiful girl who sang the blues. His own Penelope. Together they signed a blood pact to spend their life travelling the world. This unforgettable memoir takes the reader from the streets of New York to the corridors of provincial campus life; from World War II in the Pacific to the shores of the Bosphorus and from Ancient Troy to the isles of Dionysus and Ariadne. It is the story of a remarkable odyssey that has spanned nine decades, several continents and one great love.And still the odyssey continues, “as I ponder the meaning of an Ithaka and of exile as an art that takes a lifetime to master. “

Reviews for The Art of Exile

“Imagine Zorba the Greek as a wandering Irishman from Brooklyn and you have the beginnings of John Freely. His odyssey has been a wild ride across continents, a microcosm of modern history. Freely is a born storyteller and an expert on everything from mysticism to physics to the back streets of Athens, Istanbul and Venice. The only danger of reading this book is envy for such a dazzling life.” - Stephen Kinzer