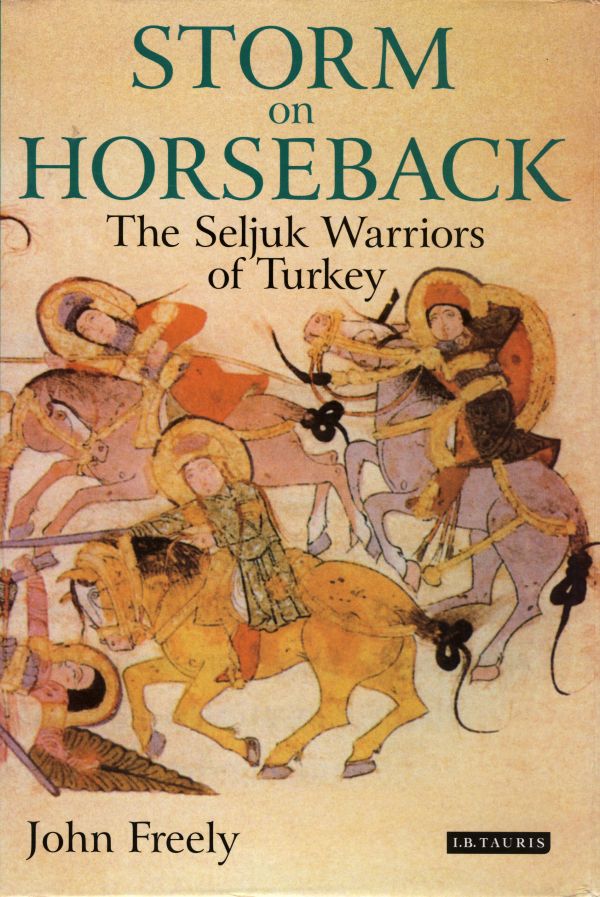 The Seljuk Warriors of Turkey

Who are the Turks and where did they come from? The successive empires that they created in a whirlwind of conquests from China to North Africa led one chronicler to call the waves of mounted Turkic warriors a ‘storm on horseback.’ This is the story of the Seljuk Turks of Anatolia who created the first Turkish state. The Seljuk period - when Anatolia, which had been for the most part Greek and Christian and became predominantly Turkic and Muslim - was one of the great cultural transformations in Middle Eastern history. “Storm on Horseback” is both a dramatic history and, uniquely, a traveller’s guide to the extraordinary heritage of the Seljuks in Turkey.John Freely takes the reader from Istanbul throughout eastern Anatolia, describing the surpassingly beautiful monuments with which the Seljuks adorned their cities, as well as the music, dance, prose and poetry of the period. Though the Seljuks themselves did not survive as rulers, their cultural heritage lives on in the deepest roots of Turkish life, just as their magnificent monuments still adorn the landscape of Turkey.

‘A timely and well-written work of popular history, Freely’s book provides a crucial piece in the history of a very exciting time, telling a fabulous story which is not accessible elsewhere. One would never know how terrifically difficult a task he has accomplished. He makes it look easy and does so with great style and charm, seeing the big picture and writing with a novelist’s eye for the telling detail. Storm on Horseback will make an important contribution; a public familiar with the Seljuks will be less likely to stand for politicians’ distortions of Christian-Muslim history.”–Victoria Holbrook, author of The Unreadable Shores of Love